[king tee]
Yo pooh, let's.. drop.. some..
Bass, to make the walls shake
And vibrate the floor, just like an earthquake
King tee is back again, but with a new topic
I wouldn't listen too close cause it's toxic
A new format, complete with the tool
Even though I transform, I stay cool
For me to get taken, how would you figure it
Right off the bat, if you thought so would be ignorant
Or just stupid, or cold dumb
I play lead vocals, pooh plays drums
Keith does cuts, suckers get torn but
I gotta break, here comes the horns..

Bass, to make your heart shiver
I know you, remember back when I used to wear silver
But I gave it a toss, cause I was told
That you're not a real b-boy, without real gold
So i, went downtown to see
How much is the thirty inch dookie
It's quite a bit of money for a big gold chain
Throw him a thousand then he hand me some change
And now I'm cooler, in other words I got it goin
Sway to the side, while I'm showin a professional skill
That I put together with perfection
I gotta clear my throat, punch in the horn section!

Cause I need some boom, to crack the walls
Break the windows, shake the room
When I'm done take my photo, this is how it go though
King of cool lyrics, and I'm solo
As a rhyme preacher, shoulda been a teacher
Let the bass reach ya, and let it beat ya
Never givin up cause I persist to be the dopest I wouldn't take it as a gag or a joke it's
Serious, bass drum kickin like a ninja
You wanna dance to death, (? ) send ya
If you say that I'm the coolest I'll probably say "truly!"
But at this time I represent keith cooley

Verse four, the part where I get it off
Then, try to rush it cause the studio costs
I mean the main idea is bass
And you probably get a bruise when it's at your face, so
Don't get mad or either angry at me
I'm just a lyricist, and my name's tee
The supreme cool kid who puts life in the mic
I need bass from a drum, to hell with the pipe!
Casanova fly guy, funky fresh in the flesh
And to those who don't you best believe I'm the best
If it's fashion I'm flashin, just like the drums
{"hold it now.." - ".. here it kiddy come comes!"}

Now keith! (yeah) how you livin homes? (l-l-like, like this..)
Now everybody in the disco if you're feelin alright
And you know king tee's the mc of the night
Don't front, get up, let me know what's happenin
Keith does the scratchin for the king tee's rappin
I'm from compton though, I travelled the nation
And from every different state I get different condescation
I'm the {k-k-king..} so just give me some space
Back up and just let {cool drop that bass!} 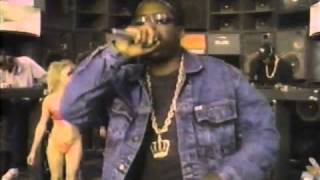