I just seen the movie '10', and I'm a fairly normal man,
But a ten, I reckon's every man's desire.
So with that playin' on me mind I went out to try and find a perfect
ten,
To help put out the fire.
Found this joint I'd heard about, where the sheilas all hung out
I paid me dough, they stamped me hand and I went inside,
But I didn't see no tens - must'a all f*cked off by then.
Oh well: hang around a while, check out the nines!
There's a nine sat at a table, so I went over said "G'day",
But she just sat there starin' doe-eyed at the stage.
Must be a groupie for the band - no tellin' what she's caught from them
f*ckin' poofters I'd be better off with an eight.

Now this Eyetie bird's an eight, A-grade body, pretty face,
But these dago disco debs just ain't my style.
And her dress looked like she'd stole it off a f*ckin' toilet roll,
And her make-up had been slapped on with a trowel.
I'd even settle for a seven, 'cause I've had a beer or two,
And I'm prepared to bend the rules a little bit.
And I'll try and overlook the fact she's not all that good lookin',
Hehe, as long as she gives head and got big tits.

Can hardly see their faces - f*ckin' dark here in this place -
But in the darkness even sixes look alright.
And when I saw this one come past I grabbed me chance and
grabbed her ass,
She f*ckin' decked me and left me lookin' for a five.
Picked meself back up again, bought meself another can
And come up with a plan I thought was f*ckin' clever.
I thought if I can't pull a ten, what I oughta do is then
Just grab a couple o' fives and screw 'em both together.

She looked alright for a four, in her high cut denim shorts, With a tiny little tattoo on her tits,
And look I got nothin' against tats, but this one's put there warnin' that
She's the "property o' Hell's Angels, enter at your own risk."
So now we're down to f*ckin' threes and I'm thinkin' to meself,
Jesus, what's a bloke supposed to f*ckin' do?
A fortnight's wages on one drink and I haven't even had a sniff,
Should o' gone ugly early, and checked out the twos.

If your dog looked like this two you'd probably get the vet to shoot it,
But this one bought the drinks so she's a two and half.
I could stick her on a chain and she could growl and bark and
strangers
And at least stop the cunts from knockin' off me car.
From dogs to f*ckin' bush pigs: you should'a seen the ones,
There's a bounty on them bastards on the farm.
And if you woke up in the mornin' with her snorin' on your shoulder
You wouldn't wake her up you'd just chew off your f*ckin' arm.

I come lookin' for a ten, but I ended up a zero
I think I'll cut me f*ckin' losses and go home.
'Cause this joint's a bigger rip-off than a wax job on your knackers,
But I better drain the sump before I go.
So I'm standin' at the dunny pointin' Percy at the porcelain
And I look down and count the fingers on both hands,
'Cause when you add it up, I should'a stayed home had a tug
'Cause look at that, a perfect f*ckin' ten.

The answer my friend is right here in me hands. 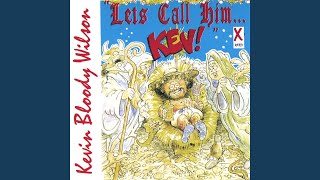