The House Of The Rising Flood (live) Lyrics

The House Of The Rising Flood (live) Lyrics


This next song I sorta wrote it about uh, about somethin' that
happened in America early last year the uh, the floods down in New
Orleans, and I did this song in Nashville and nobody laughed except
about a dozen Aussies they thought it was piss funny, the rest of 'em
was like "Hey man, you can't talk about that shit", f*ck can't ya? Ha,
have a listen see you reckon.

There is, a house, in New Orleans,
That's now, in Tennessee,
Goes to prove, that backyard pools,
Ain't as cool, as they used to be.

Walt Disney's about to shoot an animated movie out in New Orleans, it's called 'Finding Negro'.

The lawlessness, and the looting,
And the pillaging, had begun,
They sent volunteers, from Redfern,
To show 'em how it's done.

They're gonna go ahead with the marty grower again this year, they
reckon they got more floats than they've ever had.

So mothers, tell your children,
George Bush, says he knows who done it,
They found he claims, the drown remains,
Of a Muslim, suicide plumber.

In the house, of the rising flood. 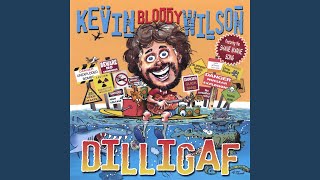 check amazon for The House Of The Rising Flood (live) mp3 download
these lyrics are submitted by Ad
Record Label(s): 2006 Both Barrels Music
Official lyrics by