Maybe happiness ain't in me, and some say it’s far away,
And I ain't never been right; at least that’s what my father say,
Honestly, it bothers me, but I ain’t got the heart to say,
*** I don’t give a f*ck about you in all honesty,
Maybe you think I do, maybe you got confused,
Maybe you saw the love I had and you got that misconstrued,
So Imma make it clear and this here might get you pissed,
Whatever love did exist, it bled outta my wrist,
From the cuts that you caused, that’s not mine it’s you yours,
I admit a few flaws, but look behind truths door,
I mean you lied and you cheated, you deceived you mistreated,
When our arguments got heated, you figured his dick was needed,
And that’s the girl I sleep with, that’s the one I’m supposed to marry,
That’s the one I eat with, that’s the one who met my family,
But you was creepin’; you wonder why I’m f*ckin' angry?
I gave you everything and look at the shit you f*ckin’ hand me…

What I don’t understand is you act shocked that I don’t wanna speak,
Shocked that I don’t wanna talk, shocked that I don’t wanna meet,
How hard is it to understand the concept of betrayal?
When you stabbed me in the heart to the point it was almost fatal,
I mean I took you when you was 15, now it’s time we 21
That’s 6 years nigga, enough time to bond with any one,
We was on and off for a year and you said you had confusion,
I did everything to make us work; now I’m feelin' stupid,
I felt your front was an illusion,
I ain’t believe the words comin’ out your mouth,
Probably cause it was infested by that cum comin' out your mouth,
From the nigga you was suckin' down south,
Thought I wouldn’t but I f*ckin’ found out,
I was gonna have his brains drowned out, with the long snout, but I calmed Down...
Now I’m so heated, till I realized you weren’t needed,
Till I realized all you did was infest my life like a weed bitch,
I can’t believe I never seen it, all my niggas said you was cheatin',
And I really ain’t believe it till I took your phone like what am I
Readin'?
You tellin' him you love him, textin' baby I miss you,
Saying you can’t wait to f*ck, I’m like damn how did I kiss you?
And when I found out you acted like it was my fault,
I mean you such a hoe you can’t even admit when you got caught,
No lesson was taught, still you text me everyday bitch,
Please understand I don’t give a f*ck about what you say bitch,
Why you think I don’t reply, I don’t pick up, I don’t ring ya,
Cause you’re nothing to me, you’re literally a stranger…

I hear you talkin' shit gotta problem with my new girl right,
Think we won’t last? You ain’t gotta worry that’s not your life,
You don’t know a third, not even a 4th like,
I keep her so close, yeah nigga we so tight,
She sees something in me that I don’t see in myself,
Not the money of the car, she good with me and my self,
I met her unplanned, yup, just being myself,
She was so willing and I was needin' some help,
She deals with my flaws, and does so with a smile,
Most women won’t be able to walk in her shoes for a mile,
And y'all ain’t know what she’s been through, yet still so passive,
So kind warm hearted, deals with my madness,
She ain’t ask for a thing, but I’ll gladly hand her the globe,
It’s the shit that’s on my mind, it’s the shit that she ain’t know,
It’s the shit that I don’t tell; it’s the shit that I don’t show,
Yet, keep it on the low man, don’t tell a soul man….shhh… 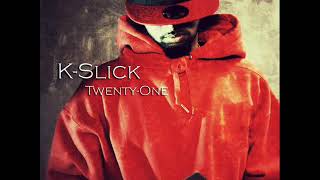