Thanks For Havin' Me Lyrics

Thanks For Havin' Me Lyrics


It's a Conglomerate thing for me man
For real. It's all about my crew. CONGLOM
Wattup, J

[Verse 1]
Ever since the E2 tragedy
I ain't been out much, damn you cant be too mad at me
It's impossible to fall, I see through gravity
Peripheral ridiculous, I peep fools after me
Creep through, wearing that deep blue, and actually
I don't stop at red lights though, we move rapidly
And he who, cap at me, meet the new faculty
Bone crusher's chat with me, I play the stoop happily
Love on the north side, like he's a true ath-a-lete
DOn't reach for the neck-a-lece G, the crew backing me
He seen who act and he snapping, he breazes through laughing
He sees D's in back of him
Ice freeze half of his soul, cream stacking up
When I'm fiend and after that gold, your crew backing up tho'
Chains and rings, I leave half the scene massacred
Ching Ching playa, I'll flash the bling back at ya, J

[Spoken word]
"I'm feeling like I got to be one of the hottest niggaz in
the Chi, for real. I don't get mentions in all the magazines
and shit,but all the motherf*ckers that rap know what's up with
your boy, for real. I ain't really never had a nigga say shit
to me out of pocket. The one nigga that did, we got him on
video tape. So what? huh"

[Verse 2]
He's cool, he have to be, retooled his strategy
Started in nine-six, please do the math with me
He rule the masses, and he school the classes
He bleeds through his flanel, you see dude on channel three
You have to learn he grew to master me
Whoever want to step up, he lose catastrophy
Now-a-days you can't creep through with half a key
How it plays is, they sleep you with apathy
NO empithy, I knew these dudes from back in the day
They want to greet you, get the cap and then spray
Then, they either leak you with the mack or the trey
Dudes in the hood like damn, what done happen to J
So, when they offer to meat you sporadically Evaluate the offer then refuse emphatically
It's all Juice's, he rule dramatically
When I move, the streets move, you majesty, J

[Spoken word]
"Man, I swear to god, I got to be to this hip-hop shit
what bumping and those who high niggaz is to the street
shit, huh. I'm to hip-hop what them niggaz is to bricks
for real. I just can't see a nigga coming here f*cking
with me man. This is my shit for real. I got the whole
city behind me. Test me."

[Verse 3]
In the rap game, name me who can rap with me
Verser are like art, each fueled with capistry
When I was broke on the street, crews would laugh at me
Now I sound dope on a beat, fools harassing me
Used to have coke on the street, dudes would gas at me
The thoughts of sane man, hit through insanity
What the hell happen to we true and family
They tried to bring they heat through and blast at me
Disrespect Hertz, I would eat food with chastity
Pitbull with Anthony, it's deep, it's how it have to be
Now I smoke with Cheetz do, it baffle me
when people that are famly sneak you to a tragedy
Chain still flawless, three jewel managerie
For deals, I'm the person to speak to contractually
Cats don't even have enough rank to battle me
Juice the Infamous, peace, thanks for having me *Thanks*

[Spoken word]
"It ain't a lot of motherf*ckers out now that's, making a
whole song rhyme, you know what I'm saying. I aint
saying I'm hot, I'm just saying, listen to the words
for real. I used to f*ck with a lot of motherf*ckers, back
in the day. I think I was bigger than them niggaz, for real
Hey 'Mac, this Conglomerate, for real. What's up, huh? Niggaz
know. All my niggaz in LA, whattup cuz. My 20's, my
school-yard crips, cuz. All my bolzacs niggaz, real
YEAH, know we do it like that. Ok, whattup fo. Shit real
Hey, Malik blessed the nigga with a jam, y'all got to buy
the album just for that. Ah, that's right." 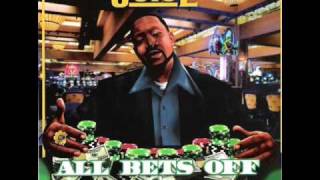 check amazon for Thanks For Havin' Me mp3 download
these lyrics are submitted by kaan
browse other artists under J:J2J3J4J5J6J7J8J9
Record Label(s): 2005 2005 Conglomerate
Official lyrics by