JU, Overall, Conglom
It's like three-thirty in the morning and we
sitting here talking about money power so, I
decided to get a little verse together and drop
at the tape and let y'all know what we feelin'
ya know. I hope you niggaz ain't trying to rap for free

[Verse 1]
Not this my eyes are closed and my casket drops
I swear never again will I rap for props
I'm tryin' to quake up the block like an aftershock
With some speakers, y'all could feel from probly half a block
I'm trying to, dine discretely on Vinalpee street
I shop in Wankekee, rocking a daschiki
And I refuse to be these local cats
Cause I don't heard your little mix down
I'm knowing where your vocals at
Y'all cats ain't real rappers when the mic is off
They got to cut and paste your vocals likes it's Microsoft
I'm quite different, I used to like dissin'
Now I drop at the tape to escape from life's prison
At every Juice show, they find a mic missing
So don't hate my name, let the JU-ICE glisten
And critics, they need to stop, putting him in a box
We out for power and respect, like a kim in the locks

[Verse 2]
I'm trying to co-host Oprah, overdose on cho-cha
Cristale martini glasses, coach coasters
Finally I'm one with the rhyme at last
I heard a cat say "Ju-Ice, time had passed"
But I craft the lines like a mastermind
Do your research, I was just passing time
J, I spit lyrics that'll ring in your mind
So you better raise your bars like the Cingular sign
Plus, I grew up around some ignorant street kids
And they don't really care what part of the heat is
I got places to go, people to feed
In rap, I do not have an equal indeed let's proceed
I'm coming a floss The only one that been througn more pain is the one on the cross
And no, this ain't a movie like CB4
Hugo, boss Conglomerate CEO

[Verse 3]
And your boy got these broke rappers mad at me
Cause with no deal, I still be living lavishly
Plus, any verse I spit will cost you half a key
I'm a titan, and you don't want to clash with me
I'm tryng to sneak up on the rap game casually
Until there's No Limit to my paper like Master P
Too furious, I live my life fast and free
There's one Juice, there'll never be another after me
G, the flow crazy as hell
And the CD done, we gon' drop it like David Terrel
Plus, now-a-day, everything I'm making it sell
And I done came a long way fron an eight in the scale
Ahh, Stop the hate, you cannot relate
I'm only in it for the power baby, props can wait
It's forty-nine to go jo, I got my state
And that's how a real Conglomerate would operate

[Spoken word]
J-U, Conglomerate, the most dominant. Emac' on the track
What up Julias. We are not playing with these niggaz
I'm gon' say one thing 'fore we get out of here. If you niggaz
is rapping for free, you niggaz is stupid than a mothaf*cka
What the f*ck are you niggaz rapping for not to sell records
Get your music up, hire some f*cking musicians. J will
ghost-write your whole album for a couple grand. Just so we
could have Chicago looking hot. You niggaz cannot see me
Holla at me. Ahh. Overall 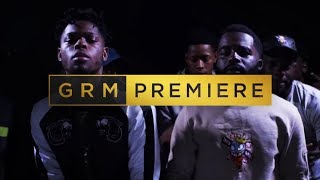 check amazon for Power mp3 download
these lyrics are submitted by kaan
browse other artists under J:J2J3J4J5J6J7J8J9
Record Label(s): 2005 2005 Conglomerate
Official lyrics by