The Texas Tornado
Judy Garland
We're Off To See The Wizard Yankee Doodle Boy For Me And My Gal Somewhere Over The Rainbow Sleep, My Baby, Sleep Snooky Ookums The Man That Got Away Lucky Day Alone Blues In The Night
Judy Garland wiki The Texas Tornado video


We're going east, our work has ceased
We're all set for Yale to say the least
We're out to win, so lets begin now
We're from the west, we'll never rest
Till we show our world our team's the best
We'll sweep the land, we'll show 'em and how
The Texas Tornado is coming your way so everybody step aside
The Texas Tornado is funny that way, so everybody better hide
This devastatin' gale is headed straight for Yale
Won't it be great to sail into town? We'll overour the foe, we'll knock 'em for a goal
And then we'll score a touchdown
There's no one in Texas who really suspects us
Coming home without that game
The whole state of Texas sincerely expects us
Getting in the hall of fame
Yale's pigskin sack is the crackerjack
But we'll bring it home without fail
The Texas Tornado is coming your way
So everybody step aside, better hide, Yale!
Explain lyrics
Correct lyrics 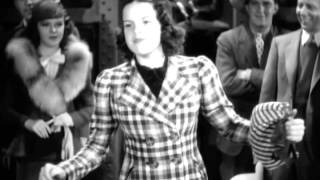