"White ass nerdy kid
What's he about to rap about?"
Not about that fake shit
Cause, yea I took a different route
Raised in the burbs
So now the others won't hype him
Telling him to curve
Cause the others don't like him
But really I'm about to f*cking kill the game half-assed
I'm going after every swag rapper showing half ass
Every single rapper yelling yolo wearing snapbacks
And every single critic writing shit and giving backlash
I'm a whole album
You are just a playlist
All I do is awesome
All you do is heinous
I'm acid you're basic
I'm classic you're dated
I'm spitting that shit that sounds so complicated
Don't quit your day job?
You're saying that to me?
You got a 1440 on your f*cking SAT
You are so average
Rap game catfish
Say I'll never make it but that
Last album got chillin living so lavish
Working on my next hit
Working on that set list
And now I'm on my best shit
... yea now I'm on my best shit

Last name, Ever
First name, Whitest
Maybe if I'm white enough
The population buys it And I'll just support myself
Family don't need my giving
All because they all are like
Just what the horses Live in
That line was stupid
I'm the rap game Stanley Kubrick
Just don't spit about how you are such a God
Just f*cking do it
You're the new Jay Z?
That shit's so weak
If that was true
It wouldn't be a line you would speak
But f*ck it though
All over the beat just like an animal
Cannibal
Eating all these rappers up like Hannibal
-Wait- the hell am I saying?
I'm just a quiet kid
Back of class writing hits
By myself is where I'd sit
All the cool kids thought I was weird
But that's what happens when you seem to not admire your peers
My parents want a normal son who's got a normal career
I'm sorry guys but that's a lane that I would rather not steer, so
It seems that every time I try to chase my passions
I am more alone than I could even try to imagine
Switching friends up for the lab, I'm losing all compassion
Who would have thought that I would give it all away for rapping? 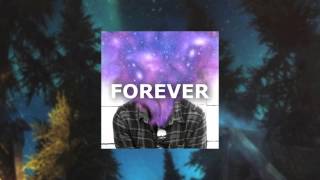 check amazon for Study Break mp3 download
these lyrics are submitted by itunes1
browse other artists under J:J2J3J4J5J6J7J8
Songwriter(s): Josh A
Record Label(s): 2014 Josh A
Official lyrics by