This is my bro J-A to the S-O-N yo,
the best at Mike Tyson’s Punch Out on Nintendo.
From Glass Joe to Macho Man, yo he f*cks shit up,
then Tyson goes down with a star upper-cut.

And he’s also pretty good at Super Mario 3,
but he doesn’t use the flutes cause he doesn’t like cheats.
Like the Contra code that he really doesn’t like,
Up, up, down, down, left, right, left, right,
then B, A, B, A, Select, Start you got 30 lives.
He says that shit’s for pussies who don’t know how to fight.

Yo Ben is my friend that owns every DVD
from Goonies to Time Cop to Beverly Hills Cop 3.
Dark Knight, First Knight, A Knight’s Tale, and Knight Rider,
He even owns the motherf*cking movie Street Fighter.

I borrow them from him I never pay to rent a movie,
as long as I take care of the box and don’t scratch the DVD,
cause last week I borrowed City Slickers and it got scratched,
I was hoping that he wouldn’t notice when I brought it back.
but he did and he was pissed so I apologized to him
and he forgave me and I asked him if I could borrow the movie Twins.
He was reluctant to do so, but he knows I love DeVito,
with Schwarzenegger, that’s a motherf*cking comedic duo!

We just a regular everyday normal crew,
no party is a party without a Phil Collins too.
We just a regular everyday normal crew,
And when one of us gets a haircut we make fun of them. Yo this is D and he’s a big f*cking wrestling fan,
Monday Night Raw, Smackdown, and all the shit from the past.
Like Macho Man Randy Savage and Hulkamania,
Every year he travels to attend WrestleMania.

It may come as no surprise that he’s never had sex,
but it doesn’t bother him ’cause he has the internet.
He jerks off to freaky shit like 2 Girls 1 Cup,
he’s f*cked up I tried watching it I f*cking threw up.

This my nigga KC (What the f*ck did you just call me?),
Sorry…I’ll say friend.

This is my friend Cleo, she really likes the Beatles,
her favorite is McCartney and her least favorite is Ringo.
A year ago I asked her to go on a date with me she said no,
she said she’d rather just be friends, I started cryin and ran home.
And since then we rarely make eye contact when we speak,
which is awkward ’cause we all hang out at least two times a week.

Finally, I ain’t me without my best friend Steve,
He’s got my motherf*ckin’ back although he’s weaker than me.
He’ll probably have a heart attack sometime soon,
but until then he’s my top gun like f*cking Tom Cruise.

I eat chocolate, a lot…when I’m bored. Um, I should stop though…
my metabolism is slowing down. I also like pie…cherry…rhubarb.

Steve: You want some of this bitch? You’ll never get it…it’s gonna go right up my asshole. 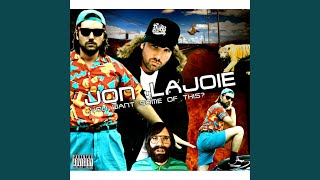