Hey yo og, f*ck they know about that case the counted shit
Jon Connor, that's to the motherf*cking world
Block city stand the f*ck up

Oh and it won't predict this cold
And the flow give them motion sickness
Shine and the glow is vicious
Drown when I put it down
Nigga float with the fishes
Just f*ck the world like I f*ck my girl
And my mistress,
Don't wanna miss this
Killing emcees, one by one
It's all that's on my wishlist
So this shit's gonna be better than Christmas
So, put fear in the Christians
Plus means no chance for the victims
This year it appears that I'm history clear
I'm neglecting the system
Systematically taking the part they anatomy
You starting battery, I turn murder to art This a masterpiece
Now I'm gladly building a gallery
I'm from the north side,...
Niggas that's mad at me, I'm like f*ck him and his family
Tryina stop me, you gonn need a strategy
And the whole police academy
f*ck it, you gonna need a party
To blackhit the party, and table to... the artist
But still you can't f*ck with me hardly
And this is a warning for niggas but shit I can call it
The reason I live, the reason I thrive
Obsession with being the greatest alive
Don't compromise for nothing, I be spitting that heat
I'm a beast they could see watching me rise
For years I've been watching them ball
Now I'm watching them fall
Yes I was watching them all
It's my time, now I'm watching them crawl 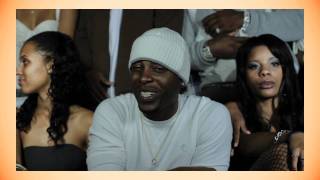 check amazon for The World mp3 download
these lyrics are submitted by BURKUL4
browse other artists under J:J2J3J4J5J6J7J8J9