[Joe Budden]
Whoa! (Haha)
Whoa! Okay Dub
Whoa! Have some fun with it

[Hook]
Mami, I'm there if you fine in the rear
We can get into whatever if you don't mind boo be yeah
And when I'm done slidin', you somethin' fierce
You ain't gotta go home but you gotta get the f*ck outta here

[Verse 1]
I ain't got to tell homeboy, he know that
This is 'Matrix Reloaded' and Neo's back
I'm up, humble apologies, sorry clowns
I'm here for the long run, I ain't Coffee Brown
Get to know me, the man, the person
So by the time I'm on my fifth album
You should understand the first one
It's non-fiction, you deny you want proof
I only buck in the air when the sky's in the booth
You gets liable to shoot
This twenty-two release some extra keyholes on the driver's side of your
coupe
Like, nighty night, here's your lullaby bitches
You might need just a lil' more than butterfly stitches
Get out of line and get stuck up duke
Lose your spines tryin' to touch us jukes
Get to the mall in a circle, guns out playin' "duck-duck-goose"
This shit is kinda aiight till I f*ck in the booth
I'm sayin', I'm here, got my nine up in here
Thugs wanna rumble, I don't mind, nigga yeah

[Verse 2]
Like I don't roll with niggaz that'll lift 'ayn' chrome
Take a look at 'em, you can see they just skin and bones
Y'all talk about bricks when y'all know who move 'em
us real niggaz make withdrawls while y'all go through 'em
We carry long guns, we can contra on it
We talk about it, we live it, y'all ponder on it
Shit, ridiculously priced, us cons afford it
I'm talkin' straight cash, you might need a sponsor for it
But wait - ever met somebody that wouldn't chill
Every second he feel the need to let you know that he's real
Every second he wanna talk about his homies that died And the people he killed and in the future all the people he will
Talk about who he stabbed and beat up, and he won't cool out
Yakety-yakkin', he's reminiscing on different shootouts
How he was there, shotties was blastin'
Cops came with body bags, and he's talkin', but nobody asked him
Naw - he want attention, he want his name yelled
Me and him always end up in the same cell
I'm pissed on the top bunk, I can't sleep
This guy ain't street, go 'head nigga I ain't beef
But feel me - stop there, who popped him where
Who you backed out on and had the whole block scared

[Verse 3]
Ma - you real aggressive, catchin' me of balance
It's a turn off, don't you know niggaz respect a challenge
Move a lil' slow gettin' at me
Treat the p*ssy like it's worth somethin', don't just go throwin' it at me
Cuz - while you doin' it at the same time
I'm thinkin' how many niggaz hit you wit that same line
Or - how many other niggaz you ran game to
How many niggaz you f*cked or you gave brain to
How many other dudes houses you done came to
With condoms on you hopin' that he find 'em on you
And - I ain't tryin' to catch nothin' from you
So I'm caught up in a Catch-22
If I don't f*ck her then I'm not like guys she met before
So while I'm turnin' her down she's just likin' me more
But if I do get to pokin', hit her with long strokin'
I now have a girlie on my hands that's open
I don't want her callin' me constantly
Thinkin' 'cause I f*cked her she got a bond with me
I don't want her misunderstandin' a one night stand
It was just a nut, I'm not your man 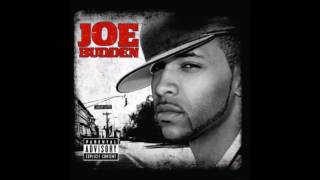