Cut From A Different Cloth Lyrics

Cut From A Different Cloth Lyrics

[Verse 1: Ab-Soul]
Come and spar with a titan
If you ain’t knew it’s true I’m Zeus and I marvel at lightning
What a marvelous sight
Know the thought is enticing
Flow stupid like 50 Tyson don’t trip with 50 Cent
I beat em all like Tyson, that’s no coincidence
Ab-Soul, don’t forget the hyphen, I might throw a fit
You think I lived in the Salvation Army but all it is
Is that we got a new 2Pacalypse Now
When? Before the apocalypse, wow
How do you come up with this?
If you behind Ab, then maybe you can stomach this
Who could f*ck with it?
I know you got a dick but use your head, bruh
They sleeping on me by a colony of bed bugs
Cut from a different cloth and no one knows my thread count
My mind is like a sword, you’d swore I’d have a hair cut
Soul and Budden, no discussion
Joe, you know it’s nothing
Wrote the score, and then I scored, metaphor, and 1

[Verse 2: Joe Budden]
Yall can hold the applause
I just did what these other niggas was scared to do
Tell me life is hard, I’ll ask what the f*ck do you compare it to?
Quarter on the loose, I’m blessed enough that I can spare a few
Told me I’d be dead, the fact I’m breathing is a miracle Yall got Gollum, listening to all these dudes that yall call lyrical
Excluding under conclusion
That you young and you dumb if that’s how they appear to you
I’d be lying if I said your words ain’t bother me
Be lying I ain’t think it was trickery or reverse psychology
I came in on Rakim, watch yall take the bar, yall lowered it
Won’t stay in line like a battered wife, ain’t too many spots yall can go with it
How long yall gonna febreeze manure and think the fans won’t notice it?
Nah, I ain’t get angrier, but the chip on my shoulder did
Not to gloat, if I ain’t one of the GOATS
Ya’ll probably missed my track record
Either that or yall just ain’t been keeping track of records
I just been waiting till that sentiment passed
Yall ain’t even gotta be drunk to feel this genuine draft
I’m letting Benjamins stack
Shouldn’t be hard to tell if the boy is potent
I’m the only time you’ll see a madman be void of emotion
Cause they fear me in any cypher the hear me in
Only rapping with Soul for the outer body experience
So hats off, y’all fit for this
But yall the type we laugh at
I’m way ahead, and when I aim for yours
Something tells me he won’t snap back
All I ever been was a outcast
This time in the moment, I moved past that
But the burner name is Jackson
And your alias is Baghdad
It’s not a game, try to execute
2K’D my old bitch, know I keep a ex to shoot
If anyone tried to do the math they’d probably be mad as f*ck
Said I’d never amount to shit, now they trying to add it up 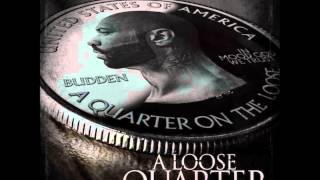 check amazon for Cut From A Different Cloth mp3 download
these lyrics are submitted by BURKUL4
browse other artists under J:J2J3J4J5J6J7J8J9