Shoulda never put me on this beat
Okay, yeah, normal baller
We back on tizzy, on top
Jump Off, Dub B, Jersey
Stand up
GO!

Jump off you rap guys is a joke
I'm here to take the scoring title without the green light from my coach
Man, don't make me have to smack your lineup
I'm Michael Jordan y'all Harold Minor's that rap vagina
All black ski mask, gloves, tuck the thing
Drive slow, lights out like "I love this game"
I live this y'all paint that pic
And like Magic I'm starting to believe y'all dudes ain't that sick
Might see ya boy scooping up a bird to get knowledge
Number one draft pick and I skipped college
Snakes in the trenches I peep those, get injured
End up like Grant Hill on the bench in your street clothes
Talk about he real, how he quick with a glock
But like Kurt Thomas he ain't good for shit on the block
See the gleam from the shoes
Man, I don't mean to seem rude
Gunshots do you like Vancouver make your team move
(Let's Go!)

It's gone be the NBA never NBC (Yeah)
Rookie of the year slash MVP (Rap suckas, we back)
Never channel 4
We handle the 4
It's the number one draft pick (Yours truly)
Let your gat spit, nigga

Can't treat me like a sucka
Gather up your five, man meet me at the Rucker
Put the heat to you f**kers
Half Man-Half Amazing with a clip in my boot My 4-5 will make you "Skip To My Lou", think about it
Understand when I was younger I was all on my own

So when I said 3-2 I wasn't calling a zone
Nice truck, nice house and chain
I car jacked you like Shaq shooting a three man get outta your Range
This is regular hood shit
I put Don Cheaney under the arm and show him how to make a good nick
If you wack, you need to probably write
Either that or quit it, throw in the chair like you Bobby Knight
I work damn hard
But don't think I can't rob
Can't pitch, I still handle the rock like Shammgod
Still hurt you cowards
Still see me merking them Prowlers
And know they still call me Dirk in Dallas
I'm that nigga

Man I kill lame queers
It still ain't clear
Never saving the tech like Bill Laimbeer
I got tools for rilly
With shells that make your temple hot and I ain't talking 'bout a school in Philly
I ain't a selfish player
Man, I help your weight up
'cause only Riders in this game now is myself and Isaiah
Listen, you gettin dissed
While I'm screwing these miss's
I'm on cruise control you still moving your pivot
But I'll show you how mean this crook be
You and your dogs' like the Houston Comets, a team fulla p*ssy's
Creep
It ain't a game no more, it's a sport
If you ain't got heart to play then stay off the court 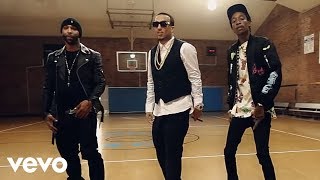