The disc brakes drag,
the chequered flag sweeps across the oil-slick track.
The young man's home; dry as a bone.
His helmet off, he waves: the crowd waves back.
One lap victory roll. Gladiator soul.
The taker of the day in winning has to say,
Isn't it grand to be playing to the stand,
dead or alive.

The sunlight streaks through the curtain cracks,
touches the old man where he sleeps.
The nurse brings up a cup of tea ---
two biscuits and the morning paper mystery.
The hard road's end, the white god's-send is nearer everyday, in dying the old man says,
Isn't it grand to be playing to the stand,
dead or alive.

The still-born child can't feel the rain
as the chequered flag falls once again.
The deaf composer completes his final score.
He'll never hear the sweet encore.
The chequered flag, the bull's red rag,
the lemming-hearted hordes
running ever faster to the shore singing,
Isn't it grand to be playing to the stand,
dead or alive. 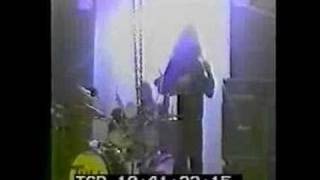 check amazon for The Chequered Flag (Dead Or Alive) mp3 download
browse other artists under J:J2J3J4J5J6J7J8J9
Songwriter(s): Ian Scott Anderson
Record Label(s): 2002 The copyright in this compilation is owned by Chrysalis Records Ltd
Official lyrics by