Rock With Me Lyrics

Rock With Me Lyrics

[Verse 1]
Well it started off on the avenue
When I came up with the name called the So Def crew
It was me, my big homie Eddie
Up late making tapes, putting them out on the streets
I used to rap scratch even try to sing
Now I'm the little cat pumping out the steam
I used to play with it, now I stay with it, Lay with it
And huh keep pumping out hits
Cause can't nobody do it like we does
This side, that side I gets nothing but love
And I keep it pumping up in the club
Big with all the pimps, the hustlas, ladies and thugs
That respect that knock, when they hear that knock
Y'all niggas think I'm gon stop (Please!)
Y'all won't see me on behind the scenes
But you can catch me at a money machine, Ching Ching

[Verse 2]
Kris Kross was the begining of the linen and cars
Houses, hidden clubs, shutting down the bars
I was only 19 doing big big things
In the CP living the American dream
Then I signed Xscape, first album 1.8 (million)
New company, my shit looked great
But uh, me being the player that I am I couldn't stop
I just had to find me something else to take to the top Something fly that'll catch your eye
Thats when I bumped into my little sister from the West side of Chi
Demo after demo we made
Got so funkdafied now we paid
Rap or R&B we ain't playing
We demand y'all respect this afroman
As the game gets bigger, and my dough gets longer
And me and my crew get stronger
The more you wanna

[Verse 3]
In every flight there's turbulance and I had some
But I remained focused and kept dropping the bomb
'What should I do next?' that was going through my head
Then Candy introduced me to a Jagged Edge
Three homies from the Dec, one from right around the corner
We went in, came out, now everybody on 'em
Three albums later, everyboby on 'em
Ain't a city you can go where the girls don't want 'em
Once again I was thinking 'whats next for me?'
Then I got a big call from my homie Steve
He said Hey, let throw something your way
It was none other than my brother they comparing to MJ
Girls can't stop screaming, three mill now
Everybody love him and his name is Bow Wow
As the game gets bigger, and my dough gets longer
And me and my crew get stronger
The more you wanna 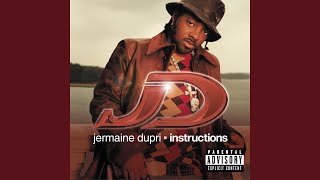