[Slick Rick]
Ladies and gents, let the teacher start
I am the greatest rapper, walk, talk, eat, shit, fart
You motherf*ckers can't see me
Even with a patch on my eye, I'm dreamy
All in the grill of the gruesome
1, 2, 3, 7 diamonds on the twosome
Schedule, I aim to be in Atlanta with the legendary Jermaine Dupri

[SR]
JD, not the one to f*ck around with
Heard ya got the whole entire state locked down, kid

[JD]
That's right so don't ask us who the best
From the north to the south to the east to the west
We're...

[JD]
Come on, kids, Jermaine Dupri a wiz
Walkin' down the street, you kow mindin' my own biz
My man girlfriend started actin' like she hoein'
"Hey JD, where your fine ass going?"
To the studio, I told her frontin'
Unless you wanna take it in the cooler or sumpin' 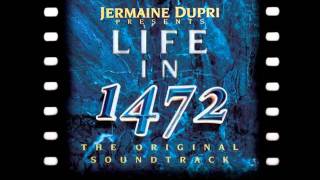