Wake up! Miss Toadstool!
It is I, your one and only king,
Bowser Koopa
I'm a turtle as you see
A little slow and a little green
But I'm the whole I'd say
Super “dupa”

Princess Toadstool, I know you're frightened (mmm mmm)
But if you knew just why you're here
Your fear would just be heightened
So let's just say
Ignorance is bliss!

Oh well, I hate to be a bummer
I've brought you here to bring me plumbers
You know those brothers
Oh, what's their names?
Oh yes! Mario and Luigi
Just the sound of them makes me queasy
I'd love to take that monkey wrench
I'd play my own game

Prince Toadstool, you're so misguided (mmm mmm)
I've never been found of bookworms
But then again this one does make good Mario bait
Oh, I can't wait
Ignorance is bliss!

Princess Toadstool, you're not so clever (mmm mmm)
All your words are alphabet soup
A picture tells it better
I'll say it again!
Ignorance is Bliss!

Haven't you heard?
A picture's worth a thousand words

You call yourself a princess but you're a brainiac in a dress
I can't believe you waste time with these books
You remind me of my kid sister
She read so much she got a blister
A big one, I mean big, on her brain, what a shnook!!!

I'd like to get my hands...
Just one time with a monkey wrench...
I'd fix their plumbing...

Princess Toadstool, I know you're frightened (so misguided)
But if you knew just why you're here
Your fear would just be heightened

Princess Toadstool, you're not so clever (pictures say it better)
All your words are alphabet soup
A picture tells it better (for the last time)

On second thought, I think I've made my point.... 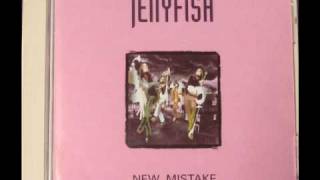