There is no color in the king
And he is softer than the queen
Confusion reigns, sometimes it reigns.

Now a colored sky never makes anybody cry
But a grey cloud always makes it rain, sometimes it rains.

He only has the moves of a knight
But he wants the absolute freedom of a queen
Too bad the only money he's got is coming in
Colored american green.

You know it's worthless paper you can spend or save
Go ahead and count that by yourself but look out
Somebody's looking
You're supposed to do that by yourself - count it
He says he's not doing anything wrong he thinks
He's just another part of the royal story
But does it always have to start that way Always ending someday
With no man's warning.

Don't talk back, some ruler says, or everything
You need will go away
Every answer you think you've ever said is just a guess
And the king of clocks just slowly locks up every day.

Clocks strikes damn near perfect at night
But it moves so slow in the morning light
King says a crown doesn't make the man
But we all know, yes we all know, he thinks he's born to glory.

Until he dies by the devine right of kings
No one down here wants to give that man any golden wings
And man must fly, man must fly
Is that grey man sane
No color, no name.
Explain lyrics
Correct lyrics 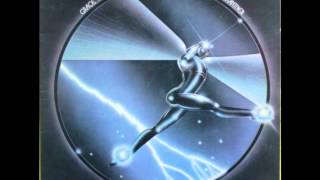