[Jean Grae]
It's kinda hard to explain
But I been thinkin, haven't come to a decision
Drinkin away the pain night after night, listen
It's like I'm caught in the rain, that never stops and only follows me
Wide hollow feelin of emptiness, nothing inside of me
Drama lays my head on the pillow, but still no sleep
Been walkin the Wonderland for 40 days and 7 weeks
Just wonderin how good it would be, to finally say goodbye
To everything that's goin wrong, God, especially me
I wanna let go, let my mind just finally be free
Breathe with no echo, tomorrow won't be less without me
I stay in wet though, only thing that keeps me on the side
Of the living is you, said the same thing to me too
Otherwise, I'm just caught up in deception and lies
I have days of just wakin and hatin the sunshine
Hatin life itself, hatin death for takin it's time
Lovin you enough not to commit the ultimate crime
I sin in my mind though, visions of weaponry wettin me up
Payin people off for settin me up
Some crazy wild sick imagery, paintin pictures of bloody scenes
Seems the only peace of mind's in dreams
So I pray for never-ending sleep, but it never comes
So I pray for being so weak, and givin up
Friends say I live the party life, livin it up
One hand on the glass, other on the bottle, fillin it up
I wanna leave so bad, but lovin you is enough
To make a slow exit to Hell, would never leave you here by yourself
Nobody else could keep me here but you
Nobody else could wipe away the tears but you
I love you too much

[Chorus]
I would, give my, life for you
If you asked me too
I would do, just anything for you
And the world if I could
I would give to you
But I don't have anything to give So I sweat just to live for you
Live for you

[Jean Grae]
Are you dissapointed in me?Twenty-three, can't get it together
No money, no job, debt that seems to last forever
I just wanna make you proud someday
Like acceptin awards that's in front of a crowd
And say "Thanks" in front of a million people
Tell you I've fallin victim to some evil things in the past
My road's been short but rough;
A lot of things you don't know even if you ask
I wanna tell you all but I can't, you're too precious for that
Try and explain why your daughter is into rap
I'm like guilt with a guilty conscience
Emotional politics wild on me
Constantly pregnant with a rowdy problem child in me
I wonder if we switched places, changed the dial on me
Would you rather be somebody else's mommy?Divorced probably
Just show me, no apology needed, I understand the reason
It's the quality of livin, and what you want for children
I'm not givin it, but you're the kind of love that never gives up

[Jean Grae]
I promised I'm gonna buy you that house on the beach
A whole damn street
And give you grandchildren, two maybe three
Build you a studio and get you back to recordin
And singin whenever you want, give you whatever you want
I know you miss the music too, you just put up a front
But I can see it in your eyes, musical echo soul cries to be free
Don't you worry about me
I'm gonna be alright, when I'm in darkness in my life
I just think different, like you taught me
The way you do, shine different, they all can see
I just wanna tell you you're loved
And anything that I can ever do for you is never enough
It's never enough, it's never enough 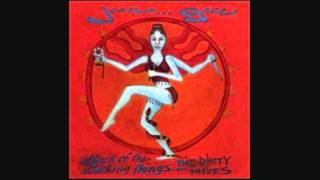 check amazon for Live 4 U mp3 download
browse other artists under J:J2J3J4J5J6J7J8