Mother said too many things that I regardless
I just found a sense of fate, so that I can't sleep
If the curse is an ability
I always write the lyrics of the song, and it's so
"Diao"
My gun won't be loaded with ammunition
So I'll assured that no one will be downed
I don't need a substitute for making Xia's painting,
I'll paint by myself confidently

I don't sense a lot of things behind your imagination
Filming a TV series to dream about friendship and
fraternity
No matter how high the ratings, it'll be hard to keep
the great idea of mine
Because my life is no more than an award
I don't know when it became a role model of the society
I want to apologize to the Paparazzi for what I've
done, shot him with my middle finger

I sing the lyrics with a culture influence
Because at any time, it will become the teaching
materials
CNN can't wait to revisit the English programme
Time Magazine cover can't be filmed on behalf
Note that the image is anywhere and anytime
To control the case of Madame Jiugen, and I like wax
The Tungsten's Chinese Theater on Hollywood with a lot
of fingerprints on the ground footprint
Any time to see my awards

If Superman can fly, let me stop for a rest in the air Again overlooking the world, make me feel better
Save the Earth is so tired, though some tired but I'll
still do it
Don't ask why I'm crying, because Superman can't shed
his tears

The best male singer is singing and bringing it to a
movie, so he can win a Best New Artist
It's so rude that you don't attend any award
ceremonies, that will represent you very much,
Winners moved their tears when people think you are
exaggerating for your affectation
You don't face other people that would say arrogantly,
if you are borned with this face
Even those who blame your mother
Finally, the results that you accept is the award-
winning full of applause and smiles
Can't open the car, can't be too good to live in the
House
I'm a songwriter, and I'm a kind person
Release an album and make it as a hit album
Can only say that become a Superman is really so hard

If Superman can fly, let me stop for a rest in the air
Again overlooking the world, make me feel better
Save the Earth is so tired, though some tired but I'll
still do it
Don't ask why I'm crying, because Superman can't shed
his tears 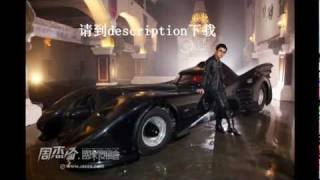