(Verse 1 - Jam Baxter)
So who's that guy about two grand in debt
With a rank bank balance he's too prang to check
Have a guess
Errrm got it in one, shit
The nuggetless wonder in this rudderless gun ship
I was like f*ck this, slash them at will
Wait for the cabin lay claret to spill
Nah, how's about we all eat some acid and chill
I got a fresh new planet to build before morning
Hoards of prawns warping, cosmonauts calling
The ear splitting sound of the dogs at war brawling
And barking and still snarling behind us
Nice up the function, jump on the night bus
You die once better make it a spectacle
A golden swirl to the sky, two twisted tentacles
Shit looks incredible, the grand master of merk grim spitter and words turn professional

(Verse 2 - Verb T)
Man what's important
I've got a family that I'm supporting
So new garms I don't sport them
It's three tees with old jeans
I was transfixed by this music my whole teens
All through my twenties I was making it
Aiming for the rent I was just barely scraping it
Just hit thirty, no savings
Drowning in an overdraft sky's look overcast
Does that make me a bad father?
Don't remark, I know the answer, I know it's hard
We brave the storm like Noah's Ark
With the ink perform open heart surgery
Heard the beat, grabbed the pen with the urgency
First degree murder, I leave the page burgundy
I followed my path and did it my way certainly
All your shit talk ain't concerning me (Verse 3 - Jam Baxter)
I guess I never saw it coming but bring a few bottles this sunsets stunning
Still buzzing grating that sour zest, these bitter cowards get nothing
He gave up, f*ck him
It's not worth discussing anymore, in this light machines look human with putrid windpipes
Spit shine the shoes of an illusion, entwined in barb wire spirals
The moon at midnight, the final
Boarding call for all rejects, scramble for the gate yelling
Me next! Me next!
Thief's get slashed and flying ain't what it was
Just bare crying babies in the air with a common cough
Cross them off, failure of an engine
Successful departure spare parts descending
Shit what a sight but some stay grounded
Salute the few, sit down or get counting

(Verse 4 - Verb T)
We got love all over the UK and overseas
We do it like nobody but won't be seen acting dumb shouting 'notice me'
Mould the beat to a sculpture see
Whilst the vultures peak, staying hungry you ain't feeding
It's hard work T been putting in recently as ever
Man I'm trying to stay awake, managing I dare say
So clear the airspace, please stay away
God damn you fools smell like mascara and hairspray
It all goes pear shaped, still face life smiling
Taking setbacks in my stride and I'm rising
Live in the building, demonstrating why you've got to keep the club ventilated
I mean the centigrade and Fahrenheit
So keep the lemonade, now add a line
Explain lyrics
Correct lyrics 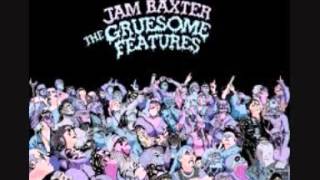