[Verse 1: Jam Baxter]
Live stream to the speaker from my mind
Ground control to the beacon in the sky
My, hallucigenesis repeating on the sly
Rebirth, rehearse by every creature that can fly
Lord of the launch pad, fodder for the heron's beak
Solitary amoeba, in search of a set of teeth
Jekyll seeks Hyde, Hyde seeks feral beast
For long country walks, mass murder and precious sleep
I doubt we'll ever meet but if we ever do
I beg you buy the kid a beverage or better yet a few
My evolutionary moves crave a little poison
A man evolves quicker in the grip of unemployment
Fetch the ointment, peruse a few faces
This little bug eyed one's fine, I'll take it
Skip a few stages and suffer at the final boss
Fly across the egg fields
Turn into a giant moth

[Verse 2: Fliptrix]
We cleanse your mind, like a, pineal detox
Decalcify in the pot of the mind that we've lost
Or gone missing, the spirit's drifting on eaves drops
Concocted by the forces above that will always keep watch
I'll put you in a box depending what you're speaking on
Amoeba to people, we're all dependent on the evolutionary means
Which we be feeding on
The golden mean, gotta bring the balance
Cos' extremes are wrong
You see the world is where we belong
Unlike the FEMA council evil, get the people trapped
We're all as deep as each other
We all came from the great void mother lover
And that's something that's real
Unlike the transcendual man made of metal and skin
So when he pass, the body parts are left next to the bin
The lesson begins, with the answers that are held
In the future changing up everything

[Verse 3: Jam Baxter]
I grew thumbs in one night when the gristle hit the face
Now the grips too tight when this whole shit shakes
Come pick new sides
The larvaeous web betting, friend begging
Jet setting, spores finger trend setting
Settling in plates, fungus for days
Same old crumble with the brand new glaze
That shit fed brain tastes underdeveloped
Have a sticky gold star for the wonderful effort
Mackerel in the desert, humming that vile tune
Tryna build a bike in the baking hot sky at noon
It's getting hard, sell a star, buy a moon
Revel in eternal night and let the fire bloom
I assume you weren't looking on a free ride bitch
Claws scratching at the doors on some feline shit
In the meantime stick to laborious gloom
Chillin' knee deep in fine primordial soup

[Verse 4: Fliptrix]
Yo
I make my visions visual like the Halley's Comet
Decoding knowledge from the five platonic solids
The cube is the earth
Tetrahedron, fire, Octahedron, Air, Icosahedron, water
Elements are there
The Dodecahedron encapsulated the universe
I unified my search through these words growing out the herb
Communications, elevating power through the mic
Move fourth, don't lose sight
No wrongs, just do right
See your lessons of creation through the flower of life
We've been here before and fell a victim to the fall
Now we're back here again we need to move to the fourth
Dimension, ascension, see are we really destined? (Are we?)
I must evolve a bit more
Think of love not war
Think of peers not fears
Think of trust in the source
Not the laws that enforce
By the dutty stinkin' pork
Time to wake up and morph 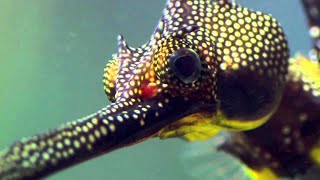