[1st Verse]
Yo. My mouth keeps running
Centipede lips, ton of skinny legs bugging
Out of work clowns in London town blubbing
Must be the reason your house keeps flooding

I got my betting slip two to one
Rinsed all the winnings on juice and rum
Yeah, wear your fatigues bruv to shoot your gun
And you can ruminate on what you've become, but

f*ck the state of the nation
Kill the shoobs dead, take the payment
Another day anther stage invasion
They're prang cuz their grave awaits them

…I just sit and ponder
My opening gambit to say to Satan
Yeah take a statement.. Take a statement
All of our stories corroborate, that's how we operate

Sit back, watch the universe oscillate
Fully fledged insect organs that pollinate
Little saggy faced pigs to sting
This is some f*cked up dive that I'm drinking in

Must have been sick, drunk slumped in a ditch
Bugs munching my lips. Instant win
Yeah… Sing your hymns
You still batter your wife with ballistic limbs

Simultaneously lazy and busy
Spent it all, what a shame, what a pity
I hit Caesar's Palace got gassed
Pulled four aces out and ran away with the kitty

This shits trippy, how many have I had?
Legs like jelly at the jam
Limbs like spaghetti, white tenner in my hand
Kicked out, started a rebellion and ran

What? I perform a poor impression of a man
Start afresh, get as messy as I can
What? The chef's special was inedible
But the stir fried humans were incredible

[skit]
[Female voice]
In that operating theatre, Dr Wilder Penfield would er... perform his brain surgery
He would er... cut the skin. Pull. Take the skin flap back, roll it back. He would then literally remove the skull, the top part of the skull. Patient all this time is under a local anaesthetic, completely conscious

[Male voice]
And there was the surface of the brain, visible right in front of our eyes. I had a bunch of electrodes and then we stimulate the temporal lobe. And then they would be transported into Africa or something, and they remember some experience they had many, many years ago. And it would be very vivid to them just like a dream
NOW…
Explain lyrics
Correct lyrics 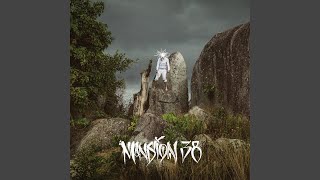