[1st Verse]
I saw a demon with disfigured tissue
And fanboyed him on some can I get a picture with you?
Spudded him up [with her?] a thousand times
And thanked him for the hot bed of sin we're slipping in to

We delinked at noon, I was dead at dawn
Left hand still readjust the crown you never worn
I can't change your life in its present form
Rest assured we've been on your shoulder rocking devil horns

Born in a mirage. Squawking at the stars
Ignoring your elucidated, porcelain visage
You really want me to explore your depths
In a pitch black wet suit snorkel and a mask?

Still the same hard liquor aficionado
I swanned in steaming, like a poor man's Poirot
Assembling the lounge for the big reveal
The room ran thick with the shit that makes skin congeal

He lived his life as a listed seal
Jellied mass, rolled up and pickled for a villains meal
Yeah... this shit is real
Place your bets. Spin the wheel

Still plagued by this face I can't see
It prangs me out like a letter from HMRC
You saw your future like wait it can't be… Like…
Shit… shit. Wait it can't be…

[2nd Verse]
In a rundown eatery, sculpted out of gunk
I treated every single one of your mothers to brunch
The all prevailing sentiment I gathered from their shrieking
Was they felt they spawned a generation stripped of any meaning

Too smerkled to offer a response
I retreated once more into the squalor of the swamps
What I gotta do to get the populace to konk? So I can live the dream and swim in sauvignon blanc

I cannot deliver the incompetence you want
I cannot exhibit the stupidity you crave
I've never ever tasted any single earthly morsel
More exquisitely delicious then my brain, it's insane

I escaped Armageddon through the back door
Stumbled down the fire escape and shuffled through the sand storm
Eyes all gritty, drill beneath the sand dunes
Left the land licking at his myriad of axe wounds

Cash rules everything around you
G's never worry. Late night dreams getting gully
I guess I gave you an itch you can't scratch
And your flags got a hot date with my last match

Yeah... Surround yourself with the right people
Is that your lord and saviour or a blind beetle?
Yeah… I kill it dead and lie peaceful
Scribble crosses on the sum of your combined evil

[Skit]
The cat that was used for the experiment… Umm... err...
Had to be cut open and have a err... power pack placed inside its um... abdomen
Wires to its brain to determine when it was hungry or sexually aroused
And wires to override err... these urges
The cat was then put on a err… test
Sent across the street to err... eavesdrop on a conversation
Being monitored by a van loaded with equipment
And as this poor little monstrosity waddled across the street
A taxi cab came down and ran it over
So it was twenty five million dollars down the drain 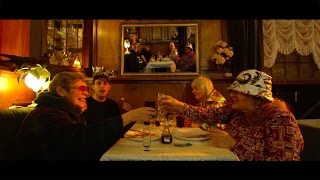 check amazon for Just Us mp3 download
these lyrics are submitted by itunes3
browse other artists under J:J2J3J4J5J6J7J8
Record Label(s): 2017 High Focus Records