[Verse 1: Jaden Smith]
Doin' what we ain't 'posed to, girl, that's why I chose you
I don't want to impose, just listen close to my poems
Girl don't worry, ain't nobody know
This the type of stuff a joker keepin' on the low
Cause girl you know you're beautiful, a space kitten
Relationships are messed up but your face isn't
Used to taste like Jolly Ranchers
Kisses, now they taste different
Michael Jordan say "Hey Pippen"
Weightliftin', I hate sippin'
Ain't listen, paint glistenin' from the renaissance
Got a problem with the weather, fix it in the tennis box
Black helicopters, even let my menace watch
Keep it clean as Mr. Clean so jokers wear my Dennis socks
Look what I invented, y'all
Hit it with a tennis ball, no consent, I rented y'all
Land in the center, y'all, 3 dimes and a nickel
3 dimes and I write the reciprocal with a pencil
Luckily I'm your principal, luckily there's no principles
Except that you're invincible, only weakened the intervals
So listen close

[Verse 2: Jaden]
I love you, without a reason
Like a baby was teethin', knew you 'fore I was breathin'
People say I'm a heathen, a Hollywood fugitive
Trippin' on some stupid ish, it's really just some ludicrous
Like "Who is this?" Oh he talk a lot of mess and bro
I'm too legit, you see that symbol on my chest
So you should move and sit, because you'll leak it to the press
If I sneeze in front of you, put my steez in front of you
Me and Moises whippin' the Porsche
And we ease in front of you
What you wanna do?
As long as there ain't helicopters I'm down to chill
I don't wanna call my father but swear that I will
Just to conversate and then I'll take care of the bill
Man I never thought I'd fly off to Paris for real
And all of my parents for real
Man I start to see how fictional characters feel
And that issue embarrass me still
Oh don't worry lil' homie, take care of the will
Polly's gone, but he left me his parrot, it's trill
He says, "Redrum, redrum"
He says, "Redrum, redrum"
He says, "Redrum, redrum"
And they run, they run
And they come, they come
And they run, they run

[Spoken Word: Jaden Smith]
Sidelines in pride times, no lions
I'm so lyin' if I say I wasn't tryin' to buy into these games
Cupid ain't do no flyin', angels ain't do no cryin', just sighin'
I am 14, I got knots, there will be no tyin'
No Mayan can tell me what time I'ma find my mind
So when I'm in my deathbed dyin'
Imma be in some high end clothes with a MSFTS
Tie in my hand
With that red loud siren
I won't be denyin' my evil deeds
I'll be at Heaven's gate with a crowbar pryin'
While they're screamin, "Don't let this guy in"
Feelin' sorry for myself, Catcher in the Rye-in'
Then I woke up lyin' on the beach
(Where am I?)
One more for the kids before they go to sleep
Love is just so nonexistent in my existence
So that's why I was so persistent in that first quick instant
That we laid eyes
If young love for them is 16 then we must be infants
Cause this is intense, but I'm an eyewitness at love at first sight
But this is just different than anything I've been in
Cause it feels infinite
Most things that you think will last will pass in the blink of a lash
So I think I will submerge my feelings to complete this task
And best believe I'll drown before I let us crash
And seal it from the past
Jeez

[Verse 3: Jaden]
The girl I could never have is elegant and intelligent
And I just kind of fell, but I'm irrelevant in her eyes
And this is somethin' I can settle with
I'm pourin' out my heart, and girl it's kind of for the hell of it
Girl you know that I ain't celibate
I know who your fellow is but we can walk the park
We can talk and we embellish in the creatures after dark
Cause I know that I'm a rebel kid
We come from different elements
But baby girl I can tell I get
On your nerves, I'm watchin' you observe
It's like the world's an ocean and I watch while you emerge
You the center of attention, girl, no matter what occurs
Cause this youth is like a curse, but it's also like a blessing
Cause I keep these jokers guessing, MSFTS rep is what I'm dressed in 'Til these jokers learn a lesson
If you messin' with my clique, I suggest you get to steppin'
Girl, you're like Juliet with your nurse
And you're lookin' so pretty and I've just been on a search
You're the type of girl that I couldn't just write a verse
So I hit it with the poetry, hopin' that it'll work
If it doesn't then it's fine cause I'll just handle the jerks
Girl I'm playin', no I'm serious, that's just one of my perks
If we're friends then it's cool, just know that we were here first
Through the thick and the thin and now we're here 'til it hurts

[Verse 4: Jaden]
I can feel your body tryna come alive, come alive
I feel you tryna pull me deep inside, deep inside
No I don't wanna lie
Ain't nobody gotta hide, no
I can feel you touchin' me when we're home, we're old
Now I like to look at you, you're like my clone
So don't stare in the mirror
Cause I'll poop all on your party
I don't drive no white Ferrari
No things aren't clearer
I just want to say I'm sorry
But girl you should know yourself
These things ain't gettin' better
No they ain't lookin' up for us
Kissin' you, I'm up to dusk
So paparazzi hush and shush
She was in her 20's, just a crush
But you know I like it when you tell 'em
Bring the whole damn menu
And we eatin' in the venue
Girl you know you like to ball
Chillin' with your friends, nah, ain't see that at all
Man we like the Anunnaki, God ain't them jokers tall
You can't buy that at the mall
True love, you can't try that at the mall

[Interlude: Jaden]
No yeah, um we were really good in Paris, but you know
(No you wasn't!)
Every relationship has ups and downs and the downhills are what makes the uphills
(ups and downs are for a sissy!)
So when I'm feeling all this pain and feel like she doesn't love me or whatever
(she don't love you cause she with me cis'!)
It's just that contrast, but when I feel like she's the only person in the world I want to be with
(yeah right)
Just contrast with those times, you know what I'm saying? 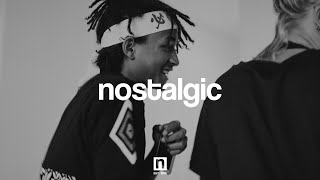 check amazon for Let It Breathe mp3 download
these lyrics are submitted by itunes3
browse other artists under J:J2J3J4J5J6J7J8
Record Label(s): 2014 JADEN SMITH
Official lyrics by