To Be A Diplomat Lyrics

To Be A Diplomat
J.r. Writer
Get Your Wet Wipes Over Drive Change What You Know About Crack Xtacy Get 'Em Stop - N- Go Grill Em Bird Call Get Use To This
Official page To Be A Diplomat video J.r. Writer twitter

To Be A Diplomat Lyrics


[J.R. Talks]
Uhh, Chea. I done climbed from up under the rock (uhh huh)
Did my hundred miles and runnin
Got through rain, sleet, snow, hail (Chea)

[Verse]
Yo listen scrap, zip ya trap, You lookin at a honorary (Diplomat)
I did this crap from chicken scraps (whoa)
I remember back flippin packs, mixin crack when (Diplomat)
Wasn't even on my mind (mind)
Fine rewind time when a G was on the grind and a (Diplomat)
Wasn't there feedin me a dime (o.k.)
Had to sit in the storm at six in the morn I been a (Diplomat)
Ever since a nigga was born mars (lets go)
I battled the best, dazzled the rest to be a (Diplomat)
I done had to tackle some vets
Yes, now it's true indeed who is he (who's he) I got Diplomatic Immunity (uhh)
What can y'all do to me (what)
I wasn't given a set, I had to give 'em my best
They ain't just give me respect or ship me a check (stupid)
It had a nigga in stress (why) cause Juelz just got signed (uhh huh)
And you know Jimmy was next, so (what)
In the mean time I was mobbin the streets (o.k.)
Any cat come through getting robbed for his sneaks
Shit I ain't have a dollar to eat (so what)
So I got mad and sat on the phone for two hours with Zeke
Like you don't know man I'm struggling (struggling)
What y'all ain't feelin J (y'all ain't feelin me)
Whattup with Killa (Killa) man I got bills to pay (word)
And I'm tryin to avoid jail, trippin homes
Hit his phone and it keep goin to the voicemail
Zeke like relax, don't let it get to ya brain
I know the shit seem insane but we done been through the same mang
We ain't just land in the burbs, we had to scramble and swerve You know Cam is a man of his word, word (word)
That's when I had to get my hand on a bird
Call my cousin Nino up, go handle some herb
It got dumb ugly, son trust me (trust me)
Off the stoop, f*ck the coupe shit the hoop small enough to be a punch buggy
Those were the bad days (days) all in the gat play (blat)
Car filthy, like we use the floor as a ash trey
We ain't give a shit in the lane (no) like the whip was a Range
On top of that we was sick of the train ay (what)
We used to sit in the rain (rain)
My vision is vivid, dig it I lived it, nigga picture this pain mang (picture it)
Way before we ever murdered it and brought a whip
We used to have to walk from 30th to 45th (whoa)
Sit on a stoop, sick with no loot (sick)
On my rap shit when I had to get up with Gucc
For a battle or a sypher I'm compatible to lifers
Had to battle and to dazzle, ain't a cat you know that's nicer (whooo)
That was battling for loot, battle for ya boots
One or two cats got easy, started battles by the groups (I'm right here)
Had to think like these battles still gon' have me on the stoop
So I said while you battle I'll be passin by in coupes (eert)
Now I style in the slums, Italian Air Ones (whoa)
Yellin holla back hater (hater) the album is done (done)
Two hundred out the gates (two hundred) two hundred in ya face (two hundred)
Platinum plaques on Koch (uhh huh) true stuntin on you snakes
Just rollin on some cake, I could show you what it takes to be a (Diplomat) 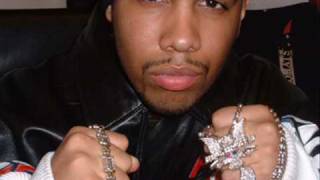 check amazon for To Be A Diplomat mp3 download