Uh
Now I was dreaming bout a deal at the age of 13.
I was feignin for the meals, I ain't talkin Burger King.
Some of my niggas in the 'ville all they did was serve things.
f*ck scales, I had skills, all day rehearsing.
Them pretty boys had them gals, spend their time flirting.
All they wanted was some waves like they f*ckin surfin.
Hold up now, don't get it twisted I ain't hatin, do ya thing.
I was like a young Simba, couldn't wait to be the king.
Now a nigga is the prince.
Hopped over the fence where the grass way greener.
Look at Shorty ass way meaner.
Somethin like Sarina mixed with Trina have you seen her?
She fine enough to be Ms. Howard, word to Edina.
My money like a senior, watch it graduate.
Now it's time to eat, I'm lettin all my niggas grab a plate.
Gravitate to real shit, stay away from phonies.
These niggas heard about me now they actin like they know me.

Pardon the interruption,
A proper introduction is necessary when
Your shit is legendary, man
Greedy niggas wouldn't let me in the cafeteria and.
Cause they ain't believe, suddenly they Presbyterian.
The hoes is librarians, they lookin me up.
She got a Jones like Marion, she lickin me up.
Then we cut, look at how she say my name.
I got her moanin J. Cole, they used to say Jermaine.
I never change, I'm like a corpse in a coffin, six feet, shits deep.
I was low, just a dolla and some hope, fix me.
Cause I was broke, plus the weed that I would smoke would make it worser.
Lord please let my problems disappear like Ron Mercer. I'm a star, Converses conversin with them girls with them curves like cursive.
They open like curtains, cause my shit is unheard of like curses on the radio.
Same bitches used to play me though. 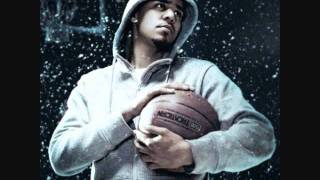