You may talk and sing and boast about your fellers and
your clans,
And how the boys from County Cork beat up the Black and
Tan.
But I know a little codger who came out without a scar.
His name is Paddy Mulligan, the man from Mullingar.

cho: The fellers chased him out of Town O'Meara,
For beatin' up the valiant Dan O'Hara.
And when he came to Ballymore, he stole the Parson's
car,
And he sold it to the Bishop in the town of Castlegar.
Seven hundred fellers couldn't match him.
The Chieftain paid the army for to catch him.
And when he came to Dublin Town, he stole an armoured car
And sold it to the I. R. A. brigade in Mullingar.

Well the fellers got their orders to suppress the man
on sight.
So they sent for reinforcements through the county left
and right.
Three thousand men surrounded him, they hunted near and
far.
But he was with the I. R. A. brigade in Johnson's
motorcar.

They came with tanks and armoured cars, they came with
all their might.
Them fellers never counted on old Paddy's dynamite.
On the fourteenth day of April, well he blew them to
July.
And the name of Paddy Mulligan took half of Ireland's
pride. 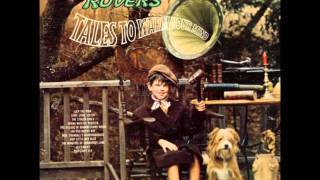 check amazon for Pat Of Mullingar mp3 download
these lyrics are submitted by kaan
Songwriter(s): Will Millar