As I sat in my window last evening, the letterman
brought it to me
A little gilt-edged invitation sayin' "Gilhooley come
over to tea"
I knew that the Fogarty's sent it. So I went just for
old friendships sake.
The first think they gave me to tackle was a slice of
Miss Fogarty's cake.

Chorus:
There were plums and prunes and cherries,
There were citrons and raisins and cinnamon, too
There was nutmeg, cloves and berries
And a crust that was nailed on with glue
There were caraway seeds in abundance
Such that work up a fine stomach ache
That could kill a man twice after eating a slice
Of Miss Fogarty's Christmas cake.

Miss Mulligan wanted to try it, but really it wasn't no
use
For we worked in it over an hour and we couldn't get none of it loose
Till Murphy came in with a hatchet And Kelly came in
with a saw
That cake was enough be the powers above for to
paralyze any man's jaws

Miss Fogarty proud as a peacock, kept smiling and
blinking away
Till she flipped over Flanagan's brogans and she spilt
the homebrew in her tea
Aye Gilhooley she says you're not eatin, Try a little
bit more for me sake
And no Miss Fogarty says I, for I've had quite enough
of your cake

Maloney was took with the colic, O'Donnell's a pain in
his head
McNaughton lay down on the sofa, and he swore that he
wished he was dead
Miss Bailey went into hysterics and there she did
wriggle and shake
And everyone swore they were poisoned just from eating
Miss Fogarty's cake 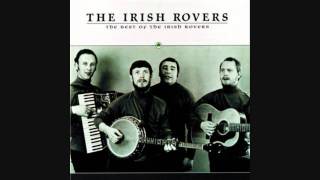