You used to be an angry man who resented evil plans
Of the darker dreams that come from man
Now all that stuffs cooked in a pan
All your plans to help mankind have had to be left far
behind
You’re well out of your tiny mind, you’re just in the
way

There used to be a time when I would say I would back
you all the way
But that was in the good old days when you were someone
else
Now you’re caning it and causing fights or in a coma,
talking shite
Mate you’re become a sorry sight, a liability Just say neigh!

Refuges on the run from a world of wrong
Lost to us where have all the warriors gone?

Ketamine, crack and smack my friend, hedonism that
seems to have no end
It’s driven thousands round the bend like watching
family die
Cooking it on drugs kills all your self-belief,
You used to bite back now you’ve got no teeth
And resistance is so much grief when you’re out of your
nut 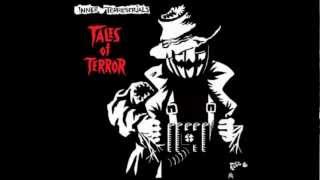