A bullet never lies, it always tells the truth
My words are gunshots that influence the youth
Assassinate presidents like John Wilkes Booth
Put the message in the barrel of your gun then *bang*

f*ck the Source, f*ck XXL, f*ck any media machine
Or magazine that front my team
Word to my comrades in the struggle
Peace to HHC for putting me and Necro on their cover
Their favourite rappers are Non Phixion fans
Your wifey is an Ill Bill groupie with my dick in her hand
United and dead-set, these young hoes wanna f*ck me
Excited like rednecks at gun shows in Kentucky
I rocked Soca City
Saw ten thousand Colombians screaming, “Non Phixion god.”
Don’t be confused, this ain’t that bullshit you listen to
We that shit that your bitch finger her p*ssy to
? chemical warfare, songs for hardcore goons
The rest of y’all scared
It’s that radioactive green chronic in the blunt music
Brooklyn homie run up and pop you with a gun music
Break it down for the blind, the brainwashed
Religious politicians and thugs pray to the same god
Bloods and Crips, Democrats, Republicans
Red and blue states to represent the sets they’re running with
Other gangs play the game too
A blood named George Bush and his team smoked the entire Hussein crew
Classic example of former friends turned to rivals
Words ofinhe bible, despise murder, turn to survival Die for your set, bang for Muhammad and Jesus
A shitty public school system and a car that’s decent
I’m an American, I need a blowjob and a pizza
So I’ll overthrow you for oil, Mastercards, and Visas

This is a mother f*ckin’ siege and slaughter, another story of war
A holy vision of the purity and glory before
I warned you before about Leviathan and biochips
And about the second coming of the Messiah shit
About the motherf*ckin’ mark of the beast
About the CIA distributing the crack in the streets
A savage ? leave your body wrapped in a sheet
He from Brooklyn, I’m from Philly, we was trapped in the streets
My rap is complete, with everything from clappers and heat
Pay us homage as you’re praying at your enemy’s feet
That’s why none of y’all can feel the god’s real pain
And none of y’all will never know God’s real name
Me and Bill is like the lightning and the thunder
Like in 1985, Iron Mike and his hunger
A triflin’ brother, give me the weed and the ‘caine
So I can chop it up in pieces and distribute the pain
I know that that’s some ignorant shit to be saying
But if I was you and you was me then you would spit it the same
You viciously maimed, bleeding in a visceral flame
Till your spirit enter in a metaphysical plane 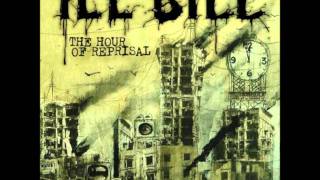