You're A Star Lyrics

You're A Star Lyrics

[Verse 1]
Hey, let me tell you about a boy I know
Hes 18 and he comes from the 304
He got high hopes, big dreams and bigger goals
But he know when the rain stops there ain't always pots of gold
But he never can, never has, never will
He just really tryna prove the people he's f*ckin' ill
Took a couple years now it's evident he's got skills
He's a big fish, man, these haters ain't no got gills
He go to class cause he wanna make his mama proud
Even though the only thing he wanna do is rock crowds
So he writes songs in his spare time
Who would have ever imagine a kid would ever be getting air time
He drop a mixtape and called it "Wish Me Luck"
Shortly after these labels they start calling him up And he's just praying that everything is what it seems
Cause after he went through hell, he's finally living the dream
[Hook]

[Verse 2]
Hey let me tell you about a girl I know
She just moved to Hollywood to get a big ass roll
She got high hopes, big dreams and bigger goals
But she knows when the rain stops there ain't always rainbows
She auditions and she never gets a call back
Kinda got her thinking that she ain't really cut out to act
But she know she is, so she in the front of the mirror like all day long just reciting shit
Cause she know that she can make it in this industry
Hey mama keep telling her that she should of went into dentistry
But she knows in her heart that she'll get a part
She knows she's gonna be big, she just don't know where to start
Then one day her phone just started to ring
And 6 months later she was up on a big screen
And she's just praying that everything is what it seems
Cause after she went to hell she finally was living a dream 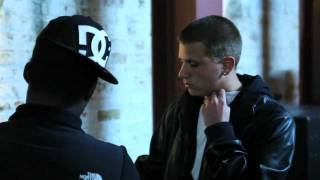 check amazon for You're A Star mp3 download
these lyrics are submitted by gsba3
browse other artists under H:H2H3H4H5
Record Label(s): 2017 Mmm Hmm LLC
Official lyrics by