[Hook:]
Count it fast, I'm the money counter
Bricks piling to a Stone Mountain
Old school filled up with flannel
I don't drive or get a [?]
Fifty bricks, four hundred pounds
Break it all down to quarter-pounds
They paying more on the north side
Selling them bricks to Clayton County
I don't need nann nigga around me
Chopper gonna hold a hundred rounds
Shoot like I'm from New Orleans
Houston, we got a problem, man down
Stomp out your nigga for laying them down
Staying down
Give my young nigga the OG pound
Now they staying down

Had a young nigga surround
You and your round with a thousand rounds
Cut through the front and the backend
I paid him the front and the backend
That [?] I told him that second
I'm calling the plays, I'm the captain
Piping all of these niggas' napkins
We know where they pack it: in the sacks and
Young nigga, kung-fu, full court pressing
While relaxing at the Westin
That's what you get for second guessing
I'm a rock star like Elvis Presley
Pipe your rocket, finna pack your watches
Did you see what I stepped in?
Thirteen hundred for new Givenchy
I'll hide up in this mansion
You cannot find these on the shelf or at Phipps
I'm on the cruise, I'm getting a sip
Told your baby momma catch the skurt
Then I might let her lick the tip Trap out the house with them bricks
I'ma reward you for your wrist
They wanna f*ck so bad
I ain't high to get a little bit [?]

Paper cuts in my hand
Counting the cash too fast
I trap and I dab, they jacking my swag
Little bitch just had to ask
"Where you stashing your cash?"
Huh? I gave her a pat
She had too much ass, damn
I used to trap out with them bags
Till they kicked my door with the tags
Now I'm like the Wizard of Oz
Follow the yellow brick road
Sell a quarter-pounder just like McDonald's
All will be sold
I got real migos
They pull up with the truckload
Give you a buck with fifty keys
We could call that a piano
Alfredo, just save the bottle
Feel like Tony Soprano
Plug give me anything I could handle
Put the dope in the [?] on Candler
I got the white girl like I'm Deion Sanders
Break the brick down, serving the panhandle

Count it fast, I'm the money counter...
Old school filled up with flannel...
Fifty bricks, four hundred pounds
Break it all down to quarter-pounds
They paying more on the north side...
I don't need nann nigga around me...
Shoot like I'm from New Orleans
Houston, we got a problem, man down...
Staying down...
Now they staying down 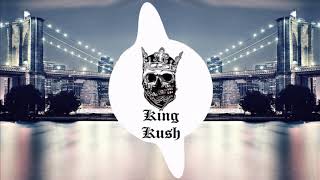