[Verse 1: PeeWee Longway]
In the trap house, still section nine, got the bricks, still making them birdies fly
Pillow talking in the bed 'bout a big dog get your ass put right in a hotbed
In the trap, trying to get two for five
We don't sell dimes for nines
Hit them in the mouth, do it for the Vine
f*ck 12, nigga, we don't eat swine
Catch you over, I feel like I'm prime time
When 12-o'clock hit, then it's grind time
Doo-doo-doo!
The mailman ring my doorbell nine times
The way I ship it, I know signature mine
She Suzie-choosing on my wrist, boy, you blind?
The bitch working in a facility line
Send out the packages: dime, dime, dime
I be telling my P.O. this air time
When I piss in the cup, fill it every time
f*ck you, I'll pay the little fine
Bitch, the little baby not mine
Chris Louboutin sticking, porcupine
Met Spike Lee, sitting courtside
Whipping up the dope, bitch, it's overtime
Told the bitch fifty-thousand when she asked for the time

[Verse 2: Hoodrich Pablo Juan]
Having more blocks than Mutombo Roll with the white and the green with the lime like I'm Rondo
Clips, we don't run out of ammo
Lit all that good smell shit like a candle
I started out on Candler, [?] no hammer
[?] thought it was special
And since I got into it with a nigga from the west side
I had to throw it up [?]
Now I pull up to the west in a new Bentley
A fifty-thousand decor to my [?]
Got five new bitches that stay in the kitchen
And bringing them cookies like Santa on Christmas
They heard I got bales of the mid
Swag through the roof, throw a bag through your chimney
Trafficking, sending them bricks of them chickens
Breaking my digital scale doing [?]
Expensive lenses, go see [?] kiss
I'm stepping in blood, better call it forensic
Talking less than M&Ms
And nigga, look at my wrist
I could just see one of my little bitches
Throwing the pain and fly with the fishes
I could just charge a little extra for shipping
The work in front of you like I'm working with business 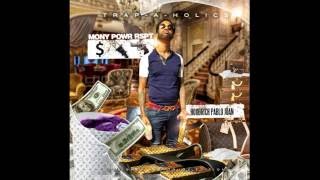