[Verse 1:]
Yeah, so now she wanna hear my new song
I give it to her right before I put my moves on
I'm in that two door coupe me and Scuphion
Tell 'em I don't even need a deal like group on
Cause all she ever wanted was that real shit
I'm 5'9 but I'm feeling like I'm real big
On top of the clouds on the buildings
Cut a little class cause my life is like a field trip
Where we stayin' tonight? Am I playing it right?
And can I knock it out of the park like late in the 9th
Cause everyone in the crowd loves a comeback
So name a city that I'm in and I run that
It's all trickery play the hickory dickery
Every chick that be into me trying to Jeremy Lin with
me
I pull him off the bench, I give them all a shot
One minute they on a roll, the next minute they not

[Verse 2:]
I been up, like two and a half days
Homie we All American U to the SA
My family call me Hoodie we cool with the last name
I be takin' down my enemy, shoot 'em like Max Payne
Playin' video games, no lana del rey
I met a chick with big lips and I want her to stay
But most of the pretty women in here are missing their
hearts
They be lookin' for world peace by they end up with Art
Testing, testing, one, two, three heres the microphone
I kick it with the Hoodie Mob, and now I feel like Al
Capone
But you the biggest drama queen, fine you won the
trophy
Cause the only time you like the wine is on the pony
I hit the gold mine, I'm trying to hoard this
If she looks like Halle Berry I'll give her that
swordfish
And we drinkin' till these women be hittin' the floor
bitch
But I'm nicer in the morning I hit the florist 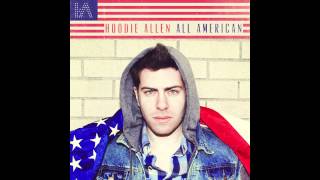