(Johnny)
There's a man across the hall who sits starin' at the floor
He thinks he's Hank Williams; hear him singin' through the door
Ther's a girl in 203 who stops by to visit me
And she talks about her songs, and the star that she should be
There are lots of special people stayin' in or passin' through
And for one thing or another, committed to Parkview

(Willie)
There's a girl in 307 comin' down on Thorazine
And a superstar's ex-drummer tryin' to kick Benzadrine
There's a boy just down below me who's the son of some well known
He was brought in by his mother 'cause his daddy's always gone
There's a bum from down on Broadway, and a few quite well to do
Who have withdrawn from the rat race and committed to Parkview

(Johnny)
There's a girl who cries above me loud enough to wake the dead They don't know what she has taken that has scrambled up her head
(Willie)
There's a writer, and a singer who has tried and tried and tried
They just brought him in this mornin', and attempted suicide
(Both)
There are those that never made it, those that did but now are through
(Willie)
Some came of their own good choosin', some committed to Parkview

They wake us about 6:30 just before the mornin' meal
While they're takin' blood pressure, they ask us how we feel
(Johnny)
And I always say, "FANTASTIC! There ain't nothin' wrong with me"
(Willie)
And then they give me my injection, and I go right back to sleep
(Johnny)
And my days are kinda foggy, (Both)and the nights are dreamy, too
But they're takin' good care of me comitted to Parkview 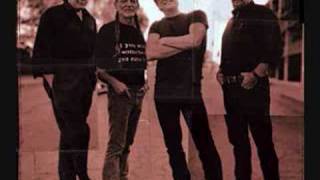