I got stress on my brain that causes chest pains
Inside the best frames, ghetto blood clots is scored by slug shots
And drug spots, well, if you're too poor to move out
Or get a new house, it's like livin' in a war, walkin' through shootouts

And you doubt God exists, when hard fists
Be poundin' on your head like jackhammers
You're trapped in the black drama, you hear the laughter
Seconds after that you fade out, you're played out, you're laid out

Your heart nearly gave out, you're lucky that you made out
With just a few scars when the beating ends
The streets let ya breathe again
But evil men, will soon be on the receiving end

Of Universal Law, I'm callin' on the meek and the poor
To fight back and never forfeit the day you have to go to war
With forces that are armed upon the seven continental borders
A mental fortress is essentials to absorb this

To laugh at this revelation, without 365 days of concentration
And twenty-four hour meditation, would be foolishly pagan
I'm ancient as 'Amen', see I stay Grym
Throwin' fools in in a pit full of pit bulls to be shaken

Or strapped to the crossroads of Hell and inner sin
Which trap the sinners in to sell such a Sing-Sing
I bring Grym tidings, tidal your wave all not exciting
Stop riding the dick, start writin' your own shit

'Cause I stick figures, they think they fat and can't rap wind blast
I make 'em Slim Fast, lookin' like stick figures
I'm all that, I bag chips at concerts and shows
Get more panties than hoes that boost Victoria Secret clothes

Foes is tagged like ex-foes toes at the coroner's
Kids with cold feet rise and fall like the barometer
Grym will mentally chop your career
See, shit is locked down here, like penitentiary blocks in tears

Escape outta your ducts, every time you hear my name
You better duck fate or catch a f*ckin' face full of duct tape
You get smacked like a trick that sniffed off her money
Then smoked like Rzarector with the blunts dipped in honey

Rotate your head like a gyro, my hair grows in knotty spirals
Feet resembles Christ's description from the Bible
Water-walker, immune to all physical torture
Pull out fast in a Porsche upon a double-crosser

My penis rise up in the morning like a Phoenix
And blast iron cells into a low blooded 'nemic
The imperial material's venereal
MC's get murdered in serial, you can't f*ck with the material Unorthodox paradox, my shit is seen wide-screen Magnavox
Grabs thought like Doctor Octopus
'Cause war like the grandson of Kush
I'm hangin' devil's heads on a evergreen bush

Common denominator, I swing the mic saber like Vader
He was fooled by the interpreatation made from a traitor
MC's get their wigs blown, trounced off my fistbone
Choked from my death, every time they break a wishbone

Eventually, I knew the whole world would mention me
Potentially, I have the key to make G's
MC's breeze on my tracks, I rock the root with the trees
Killa bees spread rapid like diseases

See it's, like the second comin' of Jesus, of Nazareth
Be fabulous, raise the dead crowd up like Lazarus
Hazardous vocabulary attacks be beautiful
Acoustical notes we provoke, it comes out musically dope

Niggaz realize they just can't cope
They're here, bustin' out the head resembles fire and smoke Loc
I blast watts in circuits like General Monk-Monk was Turkish
My science is divided deep into your central nervous

I'm hell stricken bomb, wrapped in trees of palm
Physical existence is descendants of Allah
I travel at high rates, weaker men are primates
That either migrate or get burnt to the stake

I feed off lyrical light beams of amphetamine
My terminology is panatomic like lobotomy
Crazy el loco, gas niggaz like Sunoco
Flush 'em like Presto, Blast in your chest bone

I raise from the shore, like Sodom and Gomorrah
With traction, flashin' a 4-wheel drive Ford Explorer
While mucus lies within the center of the Rubik's
The roots of the wine induced the enzymes inside your nucleus

Turmoil boilin' appointed, niggaz rubbin' off my style like a ointment
Lost in the Sahara, From trial and error
Confused with 3 meals for Sister Sara

Bearer, digestin' minerals in abundance
Because the dead is not known to return from the dungeons
Explain lyrics
Correct lyrics 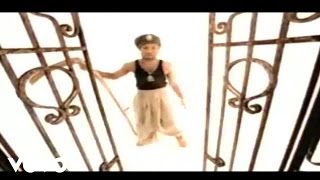