Get Down Grandmaster Lyrics

Get Down Grandmaster Lyrics

[Verse One]
Brace yourself soloists, duos, trios
It's the captain of "Hay dios mio!"
In Spanish, or English, I had to bring this
And I know that you probably think this
is a joke, so laugh, sleep on me snore
Feel the wrath of a giant, like never before
Returned to the environment to see where the fire went
I'm not sixty-five, I'm not retirin
A legend in the old school, better today
I bust a sucker in a battle, the same old way
I did when I used to, I got the juice to
Put the best you got against and they'll lose to
the Grandest-master, the Pope and the pastor
The judge and jury and if you think I am a rasta-
-farian or Jamaican, you're mistakin
I specialize in rappin, and flakin
on sucker MC's, and wannabeez
Beat me in a battle? Nigga please!?!
Ain't no one better than, the rap veteran
And this here is just another feather in
my cap, because my rap
It sing to the beat, just like a hi-hat
You can try your damndest, to understand this
Showtime is at two, to see the Grand-est!

[Verse Two]
I don't like to boast that I'm better than most
But if you try to get beside yourself, I'll roast you
and your boy, or any MC toy
if you think you think that you can mess with the Real McCoy!
You gotta be great, to try to rate
with the hall of fame rhymes, that I create
And even if you can, they're still a flash in the pan
compared to the way I am when the mic's in my hand
MC's I'll romp - they ain't no comp!
And when they try to get familiar - I stomp
their mouth because, I'm what it is and they was
And no one does it to you like the captain does

[Verse Three]
I DJ'ed in house parties, with BSR's Transportation for my set? Two or three cars
Carried amps in the rain, speakers in the snow
Spent more than I made when I did a show
Played in clubs in the winter, without no heat
In dressin rooms, with rats, runnin under my feet
The blackout in '77, the city went dark
Had my whole sound system jammin in the park
Paid my dues, I'm a vet, so don't even try me
Been in parties rockin rhymes watchin bullets go by me
Sparkle Dixie, Ecstasy, Garage or the Bomb
The T-Connection, The Ready, the list goes on
Black Door, the P-A-L, the Bronx River Center
When you first heard of rap, that's where you went
to see vets like me, G-M-C
The L-O-R-D, of R-A-P

[Verse Four]
Well sometimes it's hard, bein MC God
like fightin Sugar Ray, or Matthew Sodd(?)
Tradin blow for blow with MC's you know
Lookin for the knockout or the T-K-O
But I reign supreme over those who dream
Cold Crush had the ice and I had the cream
Goin down in the books, as the one who looks
down on unrighteous rappers and MC crooks
The spot's secure, my mind is sure
What else would the people jock me for
except, maybe the fact, I'm G-M-C
or got a harem like a sheik, of Arab be
It could be because I'm tall handsome slim and brown
or the way the crowd breaks, when I get down
or how the ladies gather round when the party's over
or maybe because my name is Casanova
But whatever the story, whatever the reason
The audience I will continue pleasin
for the rest of my life, til the day I die
cause I'm the Grandmaster Caz, and you know I
am right, polite, goody-good in the night
And the chances that I'm not are less than sligh 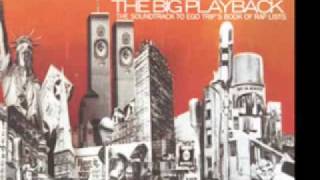 check amazon for Get Down Grandmaster mp3 download
these lyrics are submitted by kaan
browse other artists under G:G2G3G4G5
Songwriter(s): Curtis Fisher, Cedric Miller