George Carlin
FM And AM
The Hair Piece
One of the things that occurred when I began to uh, y'know, feel some changes happening to me... naturally, I was kinda still entertaining in gin joints, y'know- I realize they sell gin here, but it's really not the same as middle-class nightclubs where I spent like a lotta years and it was weird to start having hair and start having a beard and to come out, y'know, to all these folks- lotta Shriners and hookers and salesmen.which are the same as hookers, really, if you get right down to it. Uh, it was just strange. I had to find a way to break the ice. I told them a poem. I told them about my hair.

I'm aware some stare at my hair
In fact, some really despair of my hair
But I don't care
'cause they're not aware
nor are they debonair
In fact, they're just square
They see hair down to there
say BEWARE and go off on a tear
I say "No fair"
A head that's bare is really nowhere
So be like a bear
Be fair with your hair
Show it you care
Wear it to there, or to there,
or to THERE if you dare
My wife bought some hair at a fair
to use as a spare
Did I care? Au contraire! Spare hair is fair
In fact, hair can be rare
Fred Astaire got no hair
nor does a chair
or a chocolate eclair
And where is the hair on a pear?
Nowhere, mon frere
Now that I've shared this affair of the hair
I think I'll repair to my lair
and use Nair, do you care?
Here's my beard
Ain't it weird?
Don't be sceered
's just a beard

That's the thing. The word 'beard' shook a lot of people up. Beard! It's not American sounding. BEARD! Lenin had a BEARD! Gabby Hayes had 'whiskers'. Monty Woolley had whiskers. Yeah. Well anyway, I mention hair because I've only had extra hair for about a year now and uh, actually, it's the same hair I always had. It just used to be on the inside. I'm wearing it in a new location, that's all. And I've found there are some advantages to longer hair. For one thing, it covers the pimples on your neck. One of the disadvantages of longer hair- a lot of people think you're a Commie *** junkie. And it's tough to talk them out of three things at once. What would a Commie *** junkie sound like, y'know? (does unintelligible 'Commie *** junkie' impression) 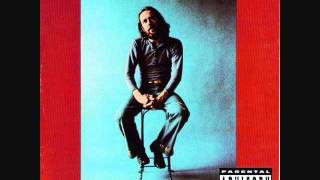 check amazon for The Hair Piece mp3 download
these lyrics are submitted by musixmatch2
browse other artists under G:G2G3G4G5
Record Label(s): 2007 Laugh com
Official lyrics by