[Big Shug]
First name vete-, last name -ran
I drop bombs hit you with the curse of ?Jevron?
Broken arms, shattered glasses, whipped asses
I advise you to tell us where the cash is
Itchy fingers cause nothing but gun fire
We disallow all these cats in the camp
We the champs, not really to boast and brag
Bustin' heads, body bags and toe tags
Black mags to blow your whole chest in half
If you don't know the equation then you can't do the math
I know you cram to understand the plan, but you too
Caught up in the rapture, front and we will capture
See men and strap ya, cock back and blast ya
Blow up your f*ckin' house while we still lookin' at ya
Militia man...man part three

[Guru]
Just to feed the babies I'll infect you like rabies
With a lust for the gravy, you know the god must be crazy
I'm sick with it, I'm built with stilts for you midgets
While you fidget, you could get kill't for your digits
I'll creep on the low, keep it a secret yo
I swore an oath to dump on you, out the Jeep window
I don't care if you a geek or a thug, you sleepin' on us
And you could catch it, some royal heat from the snub
Since the streets is watchin' niggaz might see us often
We told you rap cats we would keep it poppin' See all I got is a lot of bad news for y'all
You're gonna need more than a lot of tattoos on y'all
You got an army, you still ain't got no wins against us
You're gonna need more than doo rags and Timb's against us
And f*ck your goons 'cause we always get what we're after
We bought you this book of torture, this one is Capture

[DJ Premier]
"Put your money in the bank, and hold rank"
"Give a nigga pain" -> Big Shug
"Listen to a brother who knows" -> Guru
"It's the militia" -> Freddie Foxxx

[Freddie Foxxx]
There's one ripped out the frame, felony act
Everybody get the f*ck up, welcome me back
I'm the unseen hand that controls 200 niggaz
Parked while on the street out of unseen vans
I'm the law of the land, the rawness of man
That'll show up on stage, puffin' on contraband
Capture, duct tape rapture, slapped ya
Served up my Venus and Serenas, cocked back
Clapped ya - to Internet emcees I'm virus
I'm a warrior, niggaz screamin' "Bumpy shot Cyrus"
I'm checked in to every hotel that you lay in
Niggaz come to my suite to pick up heat
Y'all know who wrote the bible in rap, for keepin it real
Y'all know who buck fifty your face, I'm keepin concealed
It's capture, get out the truck, I'm keepin' your wheels
You've ?????, 'cause you've got a gun you never conceal
I leave my hardcore demeanor in every rap arena
And underground club that I play in
I spit raw verses that y'all ain't sayin'
'Cause your soul was bought for what they payin'
You wanna have Bumpy's heart you got to have Bumpy's chest
I'll bust right 'till I find just Bumpy left
I'll bust mics 'till I have just enough breath
To take your heart, it's thug grand death
CAPTURE! 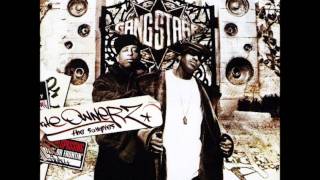