[Verse 1: Game]
I don't read the XXL
Told em 45 the church, think I'm destined for hell
Oh well
Blood tears off the face of my Jesus Piece
It's bloodshed, feel the cracks of my city streets
I'm from the crack of them city streets
Used to sell crack in them city streets
Born in blood nigga
In a coma five days, life of a thug nigga
Momma ain't show, grandma almost plugged the nigga

Used to pull the gun out, just because of cuz niggas
Five shots to the head cause I'm a blood nigga
Nothin brewing but soo(wooing) where the f*ck I'm from
You lucky if you make it out of Compton ask Andre Young

Say it's a blessing when you die in ya sleep
Cause the coroner don't need no sheets (capeesh)
I'm sayin...
Stop playing, wrap him up in what he lay in
Fold a nigga arms, now a caskets what he lay in
Compton streets raised me
Can't tell my grandma nothing bout her baby, you crazy

[Hook: Tank]
Cause you see no evil ?
You want to see tomorrow
You promise not to tell

[Verse 2: Kendrick Lamar]
I live this life at a pace that anyone can go
Know your place and dedicate your role, to the faith that you'll die alone
Trace your steps when I do step in a fire of broken bones
And I require my hearts desire and when I reap what I sew

But still I be feeling like none of my light never casts
Out of that black cloud that's been watered down ever since my first chopper blast
But f*ck that
I'm not worried, even when discouraged
Skirt off makin' them hurt I should have hurt them in a hurry
Dirt off all under my fingers?
Shirt off when precersure, resitation came early
I need you to keep queit as mouse
Which is ironic cause rats is what I'm talking about
I'm hearin the sonices of gun fire
The whispers, the silent cries even though I know it's an eye for an eye

[Verse 3: Game]
You wanna go to Compton nigga? I'll take you there 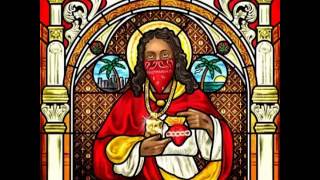