No More Fun And Games Lyrics

No More Fun And Games Lyrics

[VERSE 1]
Gangsta Gangsta that's already evident.
Nigga wit a Attitude, check, check my residence.
Whether I'm Crip or Blood, Homie, that's irrelevant.
I'm with the D-O-C, there's nobody better then the west coast felon when he on that lowrider
Bike pedaling, Somebody tell Eazy they still yellin' it.
I'm with ya homie Doc Dre on the television while these niggas moving peanuts like a elephant.
I'm on cars like spinnin' rims.
I'm in a class all by myself like the brown Eminem.
Not to down Eminem I f*ck black bitches, f*ck white bitches, nigga I like bitches.
Them half and half Alicia Keys dyke bitches.
If the head right, I might Air Nike bitches.
Or put 'em on a track like Just Blaze, I look down on hoes and look up to Dre, cause ain't...

[CHORUS]
No More Fun and Games.
[scratches and mix-ins]

[VERSE 2]
I'm like Dre, Eazy, Cube, King Tee rolled into One.
Used to move birdies 'till I put a hole in one.
Nigga they thought I wasn't holdin' a gun, they try to ride up on me like Afeni Shakurs only son.
Dre told me he ain't doing Detox, this his only run.
Mase coming back and Hovie done.
I'm surrounded by legends, sitting at the round table, I am The Game and still niggas tryna play Dude.
I'm Ruthless, I ain't talkin' 'bout the label.
I hook niggas up and I don't mean free cable.
I mean I hook niggas up to the I.V, the same way Dre hooked me up to Iovine.
I'm from the gutter, grew up in public housing.
On the same block with a Shaq like Yao Ming.
So if a nigga ever try to Jerry Heller me, tell Dre put up a mill cause that's what my bail 'll
be.

[CHORUS]
No More Fun and Games.
[scratches and mix-ins]

[VERSE 3]
I been rapping for 1 year 1 month, 17 days.
13 hours, 28 minutes, then I met Dre.
30 minutes after I bought the new Em, that was November 18, 3:09 P.M.
Around the same time Wanksta got it's first spin, that was 32 weeks before they signed Rakim.
8 Months, 13 Days, before I knew a Mike Lynn.
And 3 Years after Mason Betha turned his mic in
I start writing 22 months and 20 weeks prior to Lebron shaking Adidas for Nikes.
I'm right here, 6 years after Randy Moss caught his first touchdown for the Vikings.
1 day, 7 hours, 14 minutes, 21 seconds before Soundscan got printed.
2 Platinum Records for I'm classified with Biggie.
And 2 seconds before the song finish, yeah. 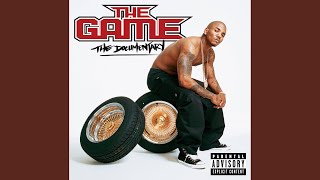