Everybody wanna know why he got beef
'Cause in my dreams I talked to 'Pac and B.I.G.
Got on the plane hopin that the NYC
It's me behind these bars like Chi-Ali
Niggaz want me to D-i-e
Been there, done that
Woke up from a coma on 3 I.V's
Eyes on the thrown, somebody in my seat
Fiddlin with rap like Miri Ben-ari
I scoop up swiss(beats), drive thru the Bronx and get Jada on the phone
My next stop is Yonkers
After that its Harlem, why?
'Cause im a certified gangsta
And Jim Jones' throwin a Blood party
Red bandanas from 93rd to 115th and Lennox
It's the sequel to Menace
Oh Lord, he done went o dogg
Made 50's beef his and knocked 'em both off

New aftermath chain on, thats the bling
Stones yellow and black - he a Latin King
Mira me king ton el jefe Simone
Translation: I get money off ringtones
King Blood, even though I used to sling drugs when i see snoop he tell me "Keep doin your thing 'cause" I do it cause I love it
Do it for the niggaz that don't know the difference between 'Chuck Taylors' and chuckers
I'm a gangsta tell Remi Martin I wanna f*ck her
Thats what I call a championship game at the Rucker
ya'll want beef? change the subject
You ain't got no stars like the flag of the Dominican Republic
After Angie's show I was finna to get the bus
And catch a cab to Halston and ask any nigga hustlin
I ain't got to live in New York all my life to know the A and D train go to Washington Heights

Left the VMA awards, went back to the hood
Streets is talkin - 'Game got slapped by Suge'
False, I was face to face wit him
Media wanna criticize the game
Like he had Ma$e wit him
He a hood nigga that ain't ever try to snake niggaz
Walk thru the 5 boroughs never had jake with him
Bake it how u want, ain't no cupcake in him
Even Diddy know, I make the city glow
Never had an album, never had his own video
I was sellin crack while Ja was watchin 50 blow
White tee shirt, converse and my dickies on
Signed wit Dre recorded 150 songs
Now the f*ckin hip hop police hatin
tryin to run me outta New York like Anthony Mason
Nigga I'll come and erase you
Only nigga from california
That'll come from the tongue wit a razor 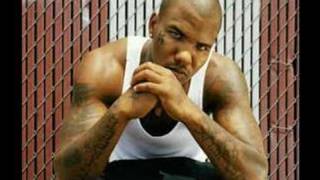