[Verse 1]
Pull the rag off the 6-4
Hit the switch, show niggas how the shit go
The Game is back, the Aftermath chain is gone
The D's is chrome, the frame is black
(So watch it lift up), till the motherf*cker bounce and break
And knock both of the screws out the licence plate
Let the games begin, these other rap niggas so far behind me
Nigga taste my rims, let the chronic burn as the daten spin
It ain't been this much drama since I first heard Eminem
In the club, poppin' X pills like M&Ms
Call it Dre day, we celebratin', bitch bring a friend
Bottles on me, tell the waiter to order another round
And put that cheap-ass hypnotic down
(Put your Chris up), if you feel the same way
Who got a mill switches, everybody lets ride

[Verse 2]
Somebody tell me where the drinks at, where the bitches at
You f*cking on the first night, meet me in the back
I got a pound of chronic, and a gang of freaks
Move bitch! who the f*ck you think they came to see? The protege of the D.R.E
Take a picture with him, and you gotta f*ck me
And you gotta f*ck Busta, can't touch Eve
Got something on my waist and you can't touch Eve
That's my gangsta bitch, and like Crips and Bloods
I'm in the club on some gangsta shit
(So nigga twist up), light another dub
Bitches get scared when niggas start fighting in the club
Ain't nothing but a G-thang, baby it's a G-thang
Bounce like you got hydraulics in your G-string
I f*ck a different bitch seven days a week
Hit the switch, watch it bounce like a Scott Storch beat

[Verse 3]
Niggas thought I wasn't coming back, look at me now
Hoppin' out the same Cherry six-fo' with the motherf*cking top down
I'm The Game, nigga, call your bitch she ain't home, she with Game, nigga
Remember that, Dre? You passed me the torch
I lit the chronic with it, now the world is my ashtray
Ridin' three-wheel motion 'till the ass scrapes
Turn sunset into a motherf*cking dragrace
Now watch it bounce, hit the switch, let it bounce till the police shut the shit down
(When you hit the club), tell 'em you came with me
(We gon' twist up), in the VIP

It's a new day and if you ever knew Dre
Motherf*cker you'll say I was the new Dre,
Same Impala different spokes,
Same chronic for different folks. 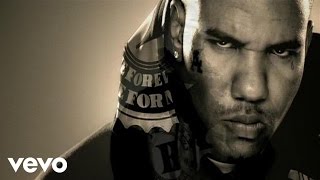