[Young Menace + (The Game)]
Yeah! What is it? It's Young Menace, and the Game
(Hahaha, yeah) Stackin chips, G-Unit (Chuck Taylor)
Doublin down on who? (Compton's young guns)
Sacramenton's finest (Who f*ckin with me?)
From Sac-Town to Compton, you dig?

[The Game]
Yo, yo, now ain't no tellin what the Game'll do, listen dawg
I blow the guts out the dutch and do the same to you
And just to get shit crackin, I drop the toaster
Grab the Louis go Sammy Sosa
And you ain't gotta know me to know that, I hop out a new pink Rolls
With the fifty-two Pete Rose throwback
Haze in my eyes, listen to Bobby Womack
On the same corner where Eazy-E sold coke at
And dawg I'ma test your education
What do I mean when I say I move more birds than migration?
I'm the nigga that'll smoke the purple, get high as a kite
Down half the Goose then choke your workers
Don't make me put two in your shirt, dawg I put in the work
Then move bags like Doony & Bert
And stuff work in the GMC, cause on my block
I'm the King of Rock like Run-D.M.C., nigga

[Young Menace]
Shhhhh.. I got a lot to say
Dawg I gotta get paid that's why I rock the lle'
And chop the lle' to push bricks through your block a day
I'll bring terror to your squad and make you rock away Don't depend on tomorrow you can get shot today
I'll spit acid on your turf and watch your block decay
Dawg I spit on your grave and fertilize you too
I hit 'em hard with 16 bars, flames and fumes
Somebody needs to push your infant rap back in the womb
Go 'head and keep talkin that shit and get your life consumed
I put a hole in your chest dawg the size of the moon
Yeah you musta been talkin, how'd you get out that soon?
(You f*ckin snitch!) I got a chop that'll touch yo' head like Vidal Sassoon
You don't wanna see my platoon, I got gorillas and baboons
That won't hesitate, they gon' do what they have to
When there's beef on the streets it's on for life like tattoos

[Verse Three]
It don't matter what season, it don't matter not a day
I move traffic through the city, plus I keep the right of way
I'm on point like Bibby, I'm the leader of the team mayne
Got the whole city amped just like a Lakers versus Kings game
Everybody's fired up, I drop major packages
I'm never doin bids because my game is so immaculate
A bitch try to snitch, "I Can't Deny It" like Fabolous
Before the evidence gatherin, someone's in an ambulance
Now that'll learn you to keep your big mouth shut
Those with big mouths I got the perfect size nuts
Yeah I do my dirt, but I wash my hands thoroughly
Handle my business first so I can celebrate early
It's business before pleasure my business brings me pleasure
It feels good to be able to shine, in any type of weather
That's why I do what I gotta do so my money's lookin tight
Whether I'm jukin on the block or have bitches hookin lights y'know? 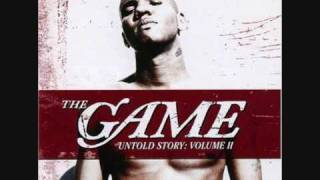