I Got A Million On It Lyrics

I Got A Million On It Lyrics


[Intro: Game]
Ahh shit
G-G-G-G-G ... G-G-G-G-Unit
I thought all that beefin was over man
Squashed it man, been there done that
Somebody had to gon' on and f*ck it up

[Game]
No more Bleek and Buddens I was hopin' for silence
Till the little sleeping beauty, went and woke the giant
This little bitch from The Luniz want beef he liein'
So I called E-40, and tried to seize the violence
I got niggaz on the island, for puttin' in stainless work
With vaseline on they palms, gettin' ready to +Bang Em Smurf+ (you little bitch)
I here him screamin' in Compton, sound like my bitch cummin'
You wasn't never f*ckin' with G-Unit, quit frontin'
For domination be Lisa Leslie, a big woman
With a nine on the back, I'm gonna catch that bitch runnin'
Shove a .40 in his throat, now nigga spit somethin'
And get lost boy, go visit your big cousin
I got fish to fry, throw a line in the pacific
With cocaine on the hook, for this +Luniz+ ass nigga
You a bitch, how you call your self the Ice Cream Man
When Master P took your name and your ice cream van
Made 500 million, that's your homey though
Took your man hood, gave your shit to Lil'Romeo
This nigga, 5 foot 2, talkin' that big shit
You got +5 On It+? that money went to Chris Hicks
Tryin' to diss Too $hort for doin' his pimp shit
Nigga you been gitten f*cked, swallowin' big dicks
Pac knew he was a p*ssy, that's why he ran south
Signed to Rap-A-Lot, they never put his ass out
Hid behind Lil' J, all the sudden you thugged out
Ran back to the Bay, sleepin' on wannabe 'cause couch
How you drop 5 albums, don't own one house
Or get the boss to call me, Banks, and f*ck out It's G-Unit bitch, let me show you what blood bout
When my blood pressure rise, I bring the bloods out
Put the barrell on his neck, blow his guts out (*gunshot)
Now that's whats you call a +Yukmouth+

[Outro: Game]
Yeah, you little faggot ass bitch
Yeah nigga, on the motherf*ckin' internet with that faggot ass footage nigga
You little bitch ass nigga, Domination, nigga
I'll put braids in your hair motherf*cker
See how you like when it's motherf*ckin' 50 Cal, nigga
Blow your motherf*ckin' brains out nigga, i'll braid your hair you little bitch
Back to you nigga, nigga with the dreads, you f*ckin Jafakin
Motherf*ckin' faggot ass nigga
Yeah I seen you in the club nigga, asked you did you had beef with G-Unit nigga
Nigga you ain't say shit nigga
"That ain't me man, that was C-Bo, man, this Regime, this Regime, man, Bay area, Bay area"
Man i'll beat the shit out you, you f*ckin little punk
And when I catch you nigga, you gonna need Dr.Dre to get my motherf*ckin' G-6 out you ass
You bitch, you faggot ass nigga, and don't try to turn the Bay 'gainst me nigga
I got niggaz in your town that will f*ck you up
Vallejo, Filmoe, San Fransico, Sac-town, Oakland
Compton's most nigga
G-G-G-G .. G-G-G-G-Unit
Thought I was done huh? you little bitch
I ain't finished with yo' ass yet nigga, when I see you I'ma beat the shit outta you nigga
To a motherf*ckin' pulp, on camera nigga
Since you like playin' with little camcorders and shit you motherf*ckin faggot
And I got a mill on that, what the f*ck is 5 dollars nigga
G-G-G-G-G-Unit
Explain lyrics
Correct lyrics 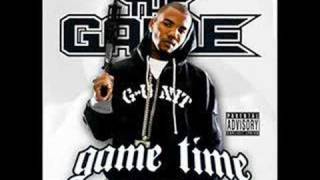 check amazon for I Got A Million On It mp3 download
browse other artists under G:G2G3G4G5