We got a problem Houston, not Marques Houston or his little rapping side kick, we got a real mutha f*ckin' problem. And its only gonna be one of these songs, after that ima knock your mutha f*ckin' ass out.

Bitch niggas get put in the coffin with all that psychopath talking, you listening to the source and I ain't from boston, I'm gang banging, wear G-6's call em' how I see em', these niggas is bitches, and clue put this nigga on a song and now its g-unit, and I came to get it on, you ain't hot, nigga you look warm, ill hog tie your ass with g-unit shoes on, you had pump it up that was a koo song, you only sold 10 records nigga now move on, talking about you got ratchets and tools on when you was at the all-star game with no jewels on, I cant believe I gave you dap, with the 45 on me I should of gave you that, pistol whipped you laid you flat, jump off buddens nah, disgrace to a yankee hat, and its time to state my biz, only nigga pushing rocket jersey is jason kidd, you a phony nigga I'll erase your wig, have you running to the church like Mason did.

You don't know me fool, to diss me on dj clue, I don't need no assistance to dig you a ditch, and any problem I got I just put my clip in, you fake like janet's titty, one call 300 bloods in atlantic city, you bad boy then dance like diddy, I give celebrity beat downs, I bring the camera with me, on that mixtape shit you knew my man was 50, and I keep something chrome in them tanish dickeys, smoke niggas like a gram of sticky, and I know my way to harlem ill take you to bransons with me, come to Compton you'll vanish quickly, I got niggas in the hood that'll kill you for a can of Mickey's, gangs of L.A. we never die, and we'll let hollow tips fly at Joe Chorus

I drive through the desert storm kick up dust, red and blue rags hanging out of pick up trucks, get banks on the phone, nigga hit young buck, tell em' we got a problem with this dumb f*ck, you was just in the city of angels in the W lobby in the presence of gangsters, I'm the nigga that'll beat you with the stainless and leave you alive so you can run and tell stain bitch, I got niggas in jersey that'll hang you, im a los angeles king with new york rangers, and you lucky yayo got that beeper on his ankle, joe budden is a true definition of a wankster

This nigga try to act like he ain't know what the f*ck he was doing, you knew what you was doing nigga, stop lying to the f*ckin' people nigga, gone jump on a freestyle nigga on that fly shit, try to diss g-unit nigga, and im on the f*ckin' first verse, you aint slick nigga, I caught that shit like a mutha f*ckin' greg maddox fast ball nigga, 50 get dre on the phone, see if that nigga remember what joe buddens second single was, 'cause I don't. I took a survey in the hood nigga, went to the projects asked bitches if they feeling your shit, they was like no, haha, I went to the hood asked niggas if they was feeling your shit, they was like no, than I went to jersey, caught me a f*ckin flight man took my last 500 dollars man, flew to jersey, asked niggas in jersey if they like your shit, they was like no, so I said f*ck it, ima take this nigga mutha f*ckin head off. blackwall street, aftermath, g-g-g-g-unit. you know what it is nigga and you know where to find me
Explain lyrics
Correct lyrics 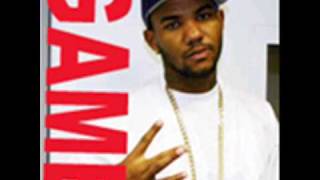