[Verse]
When I was up on 78th, you was scared straight
Before Roc died and Gilly caught that fed case
Remember Roc died, every morning shots fired
You was never in them trenches, p*ssy, you was dead weight
Never end up reminiscing, watch your homie hemorrhage
Even though you want to kill 'em, never play them bitches
Always came up with the blueprint, never had to listen
I had a bunch of detentions, too many pink slips turned to suspensions
Now I just walked in the car lot
Holding my pink slips, rocking Givenchy
If I had my life on the line
I'd take the shot but I'm not a Nowitzki
Chi real hot like a shot of the whiskey
If I'm not ducking, how could you miss me?
Glued to the blicky, keep my shit with me
I get the back end, still I get back, in the back of the truck
If the club try to frisk me
I get so high just like I'm a hippy
Back in the '60s, Percs got me trippy
I did two thirties, I'm off a sixty
I'm in a Range Rover Sport on the road
Tryna lose control, no I'm not Missy
I'm quit the drank, and I do not miss it
Won't even pour it up when I'm not busy
I'm on a mission, I'm always busy, counting up benji's
Tryin' get some more some more bread
Look at my cars right now, I got for-show bread
Lil nigga, Lindsay, he got the Lohan
I put the work in like I got four hands
And I got love for a few
Respect for a couple niggas
But ain't no fear in my heart for no man
Woo! Woo! Keep my sword on me like Conan Before the rap, I swear I was poor man
Now my cribs and shit gotta door man
Niggas stay hating like "Herbo a ho man"
"How yo gon' show man? Whatchu gon' blow, then?"
"I heard he toting his pipe everyday and he shot some before"
"What, you knew him before then?"
I heard he the realest, and he be with killers
They sound like gorillas, and ride 4 wheelers
They waving the 30s and yellin' "No Limit!"
If you ain't with it then bitch mind your business
Got bulletproof vests, just like armadillos
I'm on the corner, with nothin' but dealers
Clinching a .40 when I'm on the block
Water whippin' my wrist when I'm under the ceiling
Guess I'm a hypocrite, 'fore I got shot
We was sending 'em out, give a f*ck 'bout they feelings
And when I got shot, I was back on the block
With my crutch and my Glock, give a f*ck 'bout the healing
From the start of the day to the finish we was drillin'
Guess we was mentally illing
Couldn't even stop, we allergic to chillin'
Had to wake up and think like a villain (han)
Now my whole thought process different
Wake up and think bout a million
Sometimes I don't talk I just listen
Can't never be nothin' I ain't missin'
Some shit you just learn on your own
I taught myself how to not go to prison
They want us to be all alone
They tryin' divide us off in divisions
Tryin' divide us by our decisions
Take advantage of our kindness so that's why I'm vicious
I seen ballers rise and fall that's why I'm ambitious
Locked in shackles or they gone, most of all my niggas
Pour out all my liquor 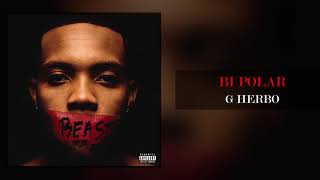