[Verse 1: 50 Cent]
All I'm hearing is Jimmy want my shit to flop, Dre don't care if I blow
God damn, all this from f*cking selling headphones
Chris died, Theo didn't show up to a nigga wake
Which indicates the team I thought we built, it was f*cking fake
Barry strong, Barry dump, Barry's in the pen again
I'm back at the drawing board, somebody call Eminem
These days can't believe what you hear on the street
That nigga said he owns the team, he only on deceit
That's fool's gold we sold you, you fools, I watch you buy it
What is to see is some kind of new, I swear, I might try it
This flow got us all put on so I know I'm nice
(f*cking with the wrong bitches got me cold as ice)

[Hook: 50 Cent]
Niggas'll change on you
I can't keep count of how many times I done watched them change on me
Now they hate everything I do
I can't help but weigh in on a when a nigga you changed on me

[Verse 2: Kidd Kidd]
Guess I gotta stop posting all this money on Instagram
They welcome you with open arms and open hands
I ain't rich like 50, I just know the man
Writing emoji faces in your text, I know you, man
Pitch me a few dollars, more than sure you can
When you balling the world's on your shoulder pads
I don't owe you nothing, they busting, you ain't bang bang
You never fronted me nothing I couldn't bring back
They gave dap, now they saying you never gave back
You never gave me nothing I couldn't pay back
Now I ain't talking the FEDs, nigga, you ain't fed
Give a nigga a foot, they want your whole leg

[Verse 3: Young Buck]
f*ck what they said, tell 'em get his own bread If niggas got a problem (that's a code red)
That's when niggas pull up with long dreads
Bombaclot, man, shooting at your forehead

[Verse 4: Kidd Kidd]
They say family's first, but family is the first to get you hurt
And these hoes even worse, all these riches is a gift..

[Verse 5: Lloyd Banks]
..and a curse
Hate running all through the tree, thought they be rooting for me
Backstabbing, lies stacking, the truth is gorey
Forever holding on the grudges from my early struggles
They see you go out and get it then want it from you
They say you'll never be a winner, show up at your parade
Outside showing you smiles, inside hoping it fades
Rather be loathing at money over the stage
Sanity over fame, I can't even call on your name
But it changes, their love is dangerous
Fog up your [?], there's a million ways to hit them cages
Shit's contagious, forget my favors
I'm outta here, flipping pages
You slipping backwards going on with all the other actors

[Verse 6: Tony Yayo]
When [?] light is hot I ain't ask to be here
The money and the power make problems disappear
People change like the weather
I weather the storm until it's better
And these fake ass niggas wanna shake my hand
Instagram hoes backstage with fans
And the snakes in the grass ain't a part of my plan
Stab me in my back and they say I changed

[Outro: Young Buck]
Some of you motherf*ckers changed for the worse though
Some niggas change for the better
Some bitches'll just never change
Some of these hoes'll never change, man, yo 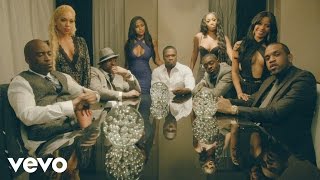