Look At What I See Lyrics

Look At What I See Lyrics


[A.L.T.]
Domino, now we're in the mix
I know that you holdin' 3-5 and a double 6
I got yo' money fool now what you gonna do
You're actin' like them fools on the other side do
But all that heebity-heebity shit is old
We got 15 platinum to your one p*ssy ass gold
[Hold up, wait a minute A.L.T. put some motherf*ckin' curse once in]
Now I'm back on the streets after five and the deuce
And everybody's tryin' say there's a gang truce but f*ck that
I gotta put away the one that put me in to the pen
The one who made the stone from a ?green?
No more old school fights I got you in my sights
My blast is gonna light up the night
If you're gonna talk the talk, walk the walk
'Cause your body fits perfect in the outline chalk

[Chorus: Diane Gordon & A.L.T.]
Look at what I see... Look into my eyes..
Take a look at life to the eyes of the criminal

[Frost]
Take a look into my eyes can you see what I see
A day in the life of a G
Cuffed up, ruffed up and kick when I'm down
Some say I play the tears of the clown
West Coast down to the bone
I made it on my own with my motherf*ckin' rhymes and my chrome
Money in the bank and the pound of dank A flight out of Kennedy I think that's the remedy
Just like the ??? and the fools is wack
Tryin' to rap on the West Coast gangsta track
But that ain't happenin' and they ain't platinum
Reach back like a pimp n' I'm slappin' 'em
Now should I take my .45 and demand mine
Since I'm the hittin' bomb call me dilemma
Straight up parlay I'm West Coastin'
Never leave the pad without my .9 in my holster

[Frost]
19 motherf*ckin' 95
Ballin' through the hood with my 'Lac in drive
Ragtop rag hittin' side to side
But Frost got ?? for the bails tonight
Just last week I was ?stalling?
Pickin' up money smilin' as I was in Terminal Island
I just made parole so it's time to stroll
Pick up my man A.L.T. and we're roll

[A.L.T.]
Ayo, Frost pass the keys to the trunk
So I can get the shells and the Mausberg pump
So I can go wild like I don't give a f*ck
So I can make the pump 12 gauge go buck *shot*
Take a look in life to the eyes of the criminal
There's no picket-fences and life ain't sample
I'm livin' day today homie check it
I can take your life in the L.A. second 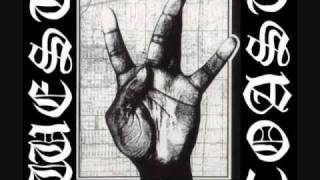 check amazon for Look At What I See mp3 download
these lyrics are submitted by kaan
browse other artists under F:F2F3F4F5
Songwriter(s): Antonio Gonzalez, Julio R. Gonzalez, Alvin Lowell Trivette